Customers at All American Raceway purchased gasoline when they believed they were buying kerosene. (Photo courtesy of Alexander County Fire Marshal.)

Customer Mistakenly Buys Gas Instead Of Kerosene At Local Station

Alexander County Fire Marshal Russell Greene informed The Times on Wednesday afternoon, Oct. 12, that recent customers at All American Raceway, at 6901 Millersville Road in Taylorsville, who believed they were purchasing kerosene, in fact were buying gasoline. The fuel should be used accordingly.

A house fire in Stony Point on Tuesday night, Oct. 11, was caused by a kerosene stove which burst into flames after the homeowner had put what she believed to be kerosene in the tank. However, the former kerosene pump had been converted about nine months ago to dispense gasoline.

Customers are urged to use caution, said Greene, and should NOT use this fuel for heating purposes.

UPDATE: Greene said the mix-up occurred due to the fact that All American Raceway converted their kerosene pump to a non-ethanol gasoline pump. The store owner has been cooperative and has voluntarily placed the pump out of service until proper labeling can be established. This issue has been referred to the N.C. Dept. of Agriculture, Division of Motor Fuels.

As referenced above,  on the evening of Tuesday, October 11, the home of Stony Point resident Mrs. Doshia Smith on Middle Rd. was gutted by fire.

Stony Point Fire Chief Scotty Abernathy said the fire caused $80,000 to $85,000 in damage to the Smith home after a portable kerosene heater burst into flames.

Stony Point was assisted by Wittenburg and Hiddenite fire departments, and Alexander County EMS paramedics stood by for medic support. Monticello Fire Dept. was on standby for any Stony Point calls.

Abernathy related that the Smith family was extremely grateful for the 30-plus personnel who responded to the fire. Smith is staying with relatives as she was displaced by the fire. 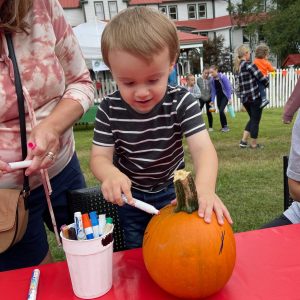