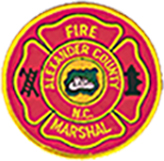 Investigators are probing a fire which caused about $6,000 damage to the Stony Point Post Office about midnight on Sunday morning, December 11.

The fire was reported about 12:24 a.m. on Sunday. Stony Point, Hiddenite, and Taylorsville fire departments rushed to the scene.

According to the Fire Marshal’s Office, the small blaze is believed to have been ignited to heat the space inside the public mailbox area, perhaps by a homeless person.

The fire originated in the right rear corner of the floor in the mailbox space. It was caused by the ignition of papers and magazines in the recycle bin in that same area.