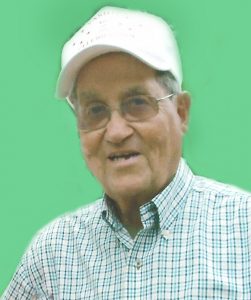 Mr. Jolly was born June 21, 1936, in Alexander County, the son of the late Lawrence Jolly and Maidlean Chapman Jolly.

He had worked as a truck driver for Sherrills Furniture before retiring in 2001, and was a member of First Baptist Church.

He loved antique cars, having collected several through the years. He enjoyed being with his family, especially his grandchildren and his great-granddaughter.

Including his parents, he was preceded in death by a brother, Blake Jolly, and an infant brother.

The funeral service will be at Noon, Saturday, March 25, 2017 at First Baptist Church. Rev. Dan Redding will officiate. Burial will follow in the Taylorsville City Cemetery. The family will receive friends from 6:30-8:30 p.m., Friday, March 24, 2017 at Adams Funeral Home.