Alexander County Sheriff Chris Bowman has informed The Times that a Taylorsville resident has received a check and letter in the mail, which has been determined to be a scam.

The letter bears the name “Publishers Clearing House” and contained references to a “lottery draw.”

Sheriff Bowman said that the documents are not legitimate. He is hoping to warn other residents to alert authorities and DO NOT try to cash the checks if they receive similar mail. 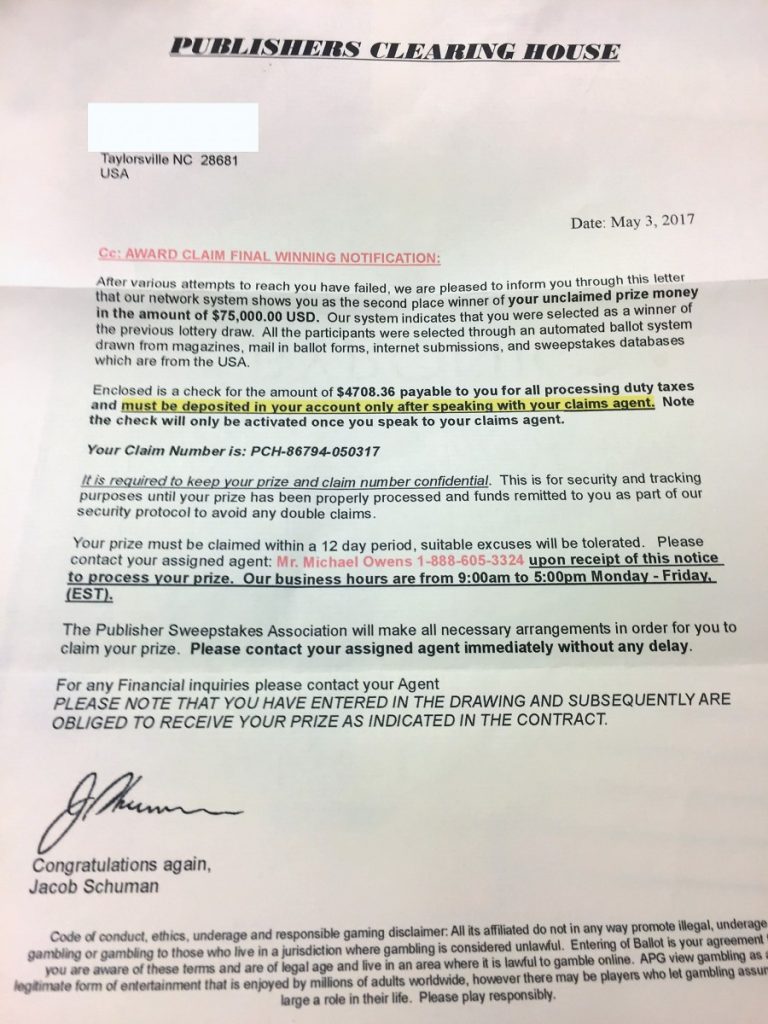 This image shows the scam letter sent to a local resident.

This image shows the fake check sent to a Taylorsville resident.