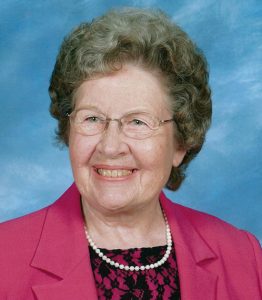 Marguerite Looper Sprinkle, 89, of Hiddenite, passed away Friday, May 26, 2017 at Iredell Memorial Hospital.

She was born on July 7, 1927, in Alexander County, daughter of the late Junius Keener and Minnie O. Gwaltney Looper. She was a graduate of Hiddenite High School and was retired from Escod Industries as an inspector. Marguerite was a charter member of Berea Baptist Church.

In addition to her parents, she was predeceased by her husband, C. Forriest Sprinkle.

Condolences may be e-mailed to the Sprinkle Family by visiting our website at www.chapmanfuneralhome.com.