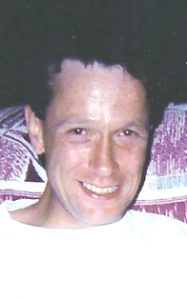 David Herman Pennell, Jr., 50, of the Ellendale Community, passed away unexpectedly on Monday, May 29, 2017 at his residence.

He was born August 14, 1966, in Alexander County, to David Herman Pennell, Sr. and the late Rose Ada Teague Pennell. Before his disability, David was a sawmill employee with his dad, and worked in the furniture industry.

In addition to his mother, David was predeceased by a brother, Johnny Davis.

In addition to his father, he is survived by two sisters, Kathy Pennell and Brenda Pennell Boles and husband, Keith Boles, who had a dear friendship with David; a nephew, Victor Boles; and two nieces, Kendell Hill and Elizabeth Boles, all of Taylorsville.