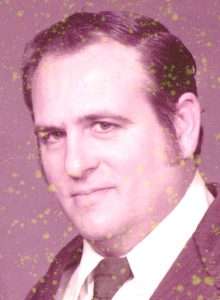 Russell Reeves White, 75, of Hiddenite, passed away on Monday, May 29, 2017 at Wake Forest Baptist Medical Center.

He was born on February 2, 1942, in Gaston County, son of the late Eulah Gowings. He was retired as a security guard from Griffin Security Service, and was of the Baptist faith.

Russell was an avid fisherman, conservationist, and loved to lend a helping hand taking clothing and food to West Virginia, Kentucky, and North Carolina.

Along with his parents, he was preceded in death by two sons, Douglas Powell White and Michael Steven White.

Those left to cherish his memory include his wife of 42 years, Betty Martin White of the home; a son, Russell Reeves White, Jr. of Asheville; daughters, Denise Treasa Gulso and Patrise Annette Juelfs of Lincolnton; step-sons, Toby and Traci Ireland of Taylorsville, and Jesse Ireland of Statesville; 16 grandchildren; seven great-grandchildren; a brother, William Billy White, of New York; sisters, Rosannae Sellers and Ruth Lynnhart of Cherryville; and a number of nieces and nephews.

There are no formal service planned at this time. The body will lie-in-state on Friday, June 2, 2017, from 9:00 a.m. – 5:00 p.m., at Alexander Funeral Service, for any family and friends that would like to come by and pay their respects. We love you Papaw!!