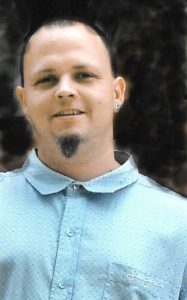 Stephen Dwayne Peoples, 34, of Taylorsville, died on Friday, June 2, 2017 from injuries sustained in an automobile accident.

Those left to cherish his memory include his parents, Johnny and Lynn Whitesides of Hiddenite; a sister and brother-in-law, Tiffany and Curt Taylor of Mt. Carmel, Tennessee; his fiancée, Ashley Holland, and grandmother, Ruth Jolly, of the home; maternal grandmother, Dorothy Peoples of Statesville; and several uncles, aunts, and cousins.

Stephen attended Iredell and Alexander County Schools. Prior to his death, Stephen enjoyed hunting, fishing, and collecting guns and old coins. He was known throughout his family for being the kid with a heart of gold and for having a great compassion for the elderly.

Stephen was preceded in death by his paternal grandparents, Arnold and Mary Whitesides of Statesville.

A Celebration of Life Service will be held Friday, June 16, 2017, from 3 p.m. until 5 p.m., at Liberty Baptist Church, 2430 Wilkesboro Hwy, Statesville. Rev. Roger Holland will conduct the service.

Online condolences may be made to Jenkins Funeral Home and Cremation Service.