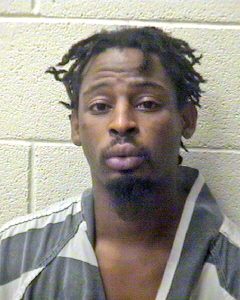 UPDATE — On Wednesday night, June 7, 2017, at approximately 9:00 P.M. officers with the Statesville Police Department located Shawn Whren walking on Old Salisbury Rd. near Hunt St. After a brief foot pursuit, Whren was arrested and taken before the magistrate where he was placed in the Iredell County Jail on a $250,000 secured bond. Whren was arrested on outstanding warrants from Alexander County for a burglary and dtabbing that occurred on June 4, 2017. Whren is currently in the Alexander County Detention Center. Sheriff Chris Bowman wishes to thank the Statesville Police Department for their assistance on this case.

On Sunday, June 4, 2017 at approximately 10:16 PM, Alexander County 911 was notified of a possible stabbing at a residence located on Highway 90 East in Stony Point, according to Sheriff Chris Bowman. Officers arrived on the scene and found Steven Anderson, W/M, age 66 of Stony Point, with multiple stab wounds on his body. Investigators from the Alexander County Sheriff’s Office also responded to the residence. Investigation revealed that Mr. Anderson’s residence had been broken into. The suspect went into the residence, confronted Mr. Anderson, and demanded money. The suspect then stabbed Mr. Anderson. The suspect left the residence with an undisclosed amount of money and an unknown mode of travel. Investigators believe that the victim and suspect were acquaintances.

The suspect has been identified as Shawn Donnell Whren Jr., B/M, age 26, of Statesville. There are outstanding warrants on the subject for Robbery with a Dangerous Weapon, Assault With Intent to Kill/Inflict Serious Injury, and First Degree Burglary. The suspect is known to frequent Iredell County.