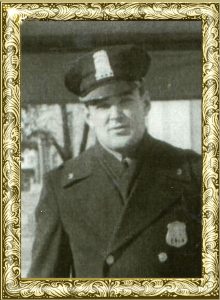 Mr. Faircloth was born December 22, 1917, in Cumberland County, the son of the late James Henry Faircloth and Katie Greene Faircloth.

James had worked as a policeman in Washington, DC, before retiring after 29 years, and was a member of Stony Point Baptist Church. Before moving back to North Carolina from Virginia, he was a deacon at National Gardens Baptist Church, in Fairfax, Virginia.

He was an avid fisherman and loved gardening, especially his tomatoes and cucumbers. James and his wife really enjoyed traveling, having been members of the Airstream Club in Melbourne, Florida.

Including his parents, he was preceded in death by his wife, Mae Lynn White Faircloth, three brothers, and a sister.

A graveside service will be held at 2 p.m., Saturday, June 10, 2017 at Taylorsville City Cemetery. Rev. Allen Wayne Stanley will officiate.

Adams Funeral Home and Cremation Services is honored to be serving the Faircloth Family.