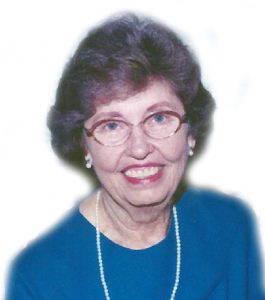 She was born February 16, 1933, in Iredell County, the daughter of the late Charles Kermit and Angelita Harrelson Sherrill in Statesville. The family moved to Alexander County in 1939.

She graduated from Taylorsville High School in 1950, attended Queens College, in Charlotte, and graduated from Lenior-Rhyne College in 1954. Anne was a school teacher and a homemaker. She was a member of Reformation Lutheran Church.

Adams Funeral Home and Cremation Services is honored to be serving the Campbell Family.