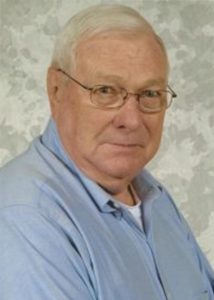 Mr. Hopper was born October 6, 1938 in Cleveland County, the son of the late Roy Foster Hopper and Minnie Rabb Hopper.

He was a US Marine Corps veteran and was a member of St. Alban’s Episcopal Church in Hickory.

Bobby had worked as a NC State Highway Patrolman then was promoted up through the ranks to Assistant Director for NCDMV-Licensing and Theft Division after retiring then went to work for State Employees Association of NC. He was a Mason and a member of the Brushy Mountain Shrine Club.   Bobby was a very loving father. He hugged everyone he knew and never met a stranger.

A memorial service will be held at 5 p.m., Thursday, June 22, 2017 at Adams Funeral Home Chapel with full military honors accorded by DAV Chapter 84 of Taylorsville. Rev. Paul Sink will officiate.

The family will receive friends from 3-5 p.m., prior to the service.