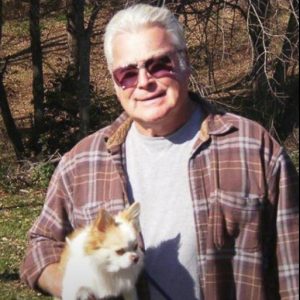 Memorial services will be held 11:30 a.m. Saturday, June 24, 2017, at Reins-Sturdivant Chapel, in North Wilkesboro, with Rev. Randy Perdue officiating. The family will receive friends from 10:30 until 11:30 a.m. prior to the service at Reins-Sturdivant Funeral Home. A service of remembrance will follow at the New River in Ashe County.

Mr. Pack was born September 16, 1949, in Multnomah County, Oregon, to Howard and Marvel Jean Mercer Pack. He was the Owner and Operator of Pack’s Siding and Windows. He was a veteran of the Vietnam War.

He was preceded in death by his parents.

He is also survived by his beloved dog, Napoleon (“Popo”), and cat, Scooter.

Flowers will be accepted. In lieu of flowers, memorials may be made to the Humane Society of Wilkes, PO Box 306, North Wilkesboro, NC 28659.