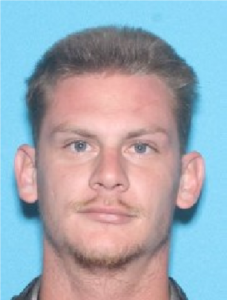 A clerk at the Dollar General store in Stony Point was victim of an armed robbery this week and authorities have a suspect in custody.

Iredell County Sheriff Darren Campbell stated that on June 25, 2017, deputies and detectives responded to a reported Armed Robbery at the Dollar General Store on Taylorsville Hwy. (NC 90), in Stony Point. Soon upon arrival, the scene was secured. Deputies began to search the area for the suspect and detectives began to speak with potential witnesses.

It was determined the suspect had entered the store and soon afterwards began speaking with the clerk. He ask for some cigarettes and then told the clerk this was a robbery and said he had a gun, said Campbell. The clerk gave the suspect case from the drawer and he fled on foot from the store. Not long into the investigation, it was discovered the man had attempted to get a ride to the Hickory area, even asking to use a phone to call someone. When the man could not reach anyone, he displayed a gun and demanded a ride. The men refused and the suspect again ran on foot.

Evidence gathered during the investigation led detectives to potential witnesses in Hickory. After conducting multiple interviews, the suspect was identified as Gregory Allen Glisson, Jr., white male, born March 20, 1990. Glisson has an outstanding warrant out of Hickory and is a convicted Felon. His criminal history shows Breaking and Entering charges, Possession of Firearm by Felon, Probation Violation, Felony Larceny, Possession of Stolen Goods, Carrying Concealed Weapon, and a past Fugitive Warrant out of Florida.

Gregory Allen Glisson, Jr., was located in Hickory shortly after midnight Monday, June 26.  After a brief chase, Glisson was taken into custody.

The Iredell County Sheriff’s Office has charged Gregory Glisson with Felony Robbery with a Dangerous Weapon. He was placed in jail under a $200,000 secure bond.