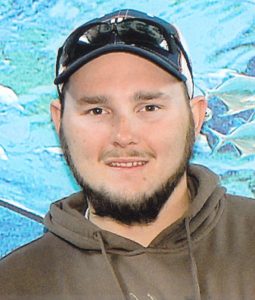 Scotty Lee Jones, 24, of Taylorsville, passed away unexpectedly on Wednesday, June 28, 2017 at his residence.

He was born on May 31, 1993, in South Carolina, to Matthew “Matt” Hayes and Elizabeth “Liz” Jones Cribb. Scotty worked as a lineman for the City of Statesville Electric Utilities and attended Life of Victory Church. He loved being outdoors and spending time with his kids. Scotty also liked to watch lawn mower racing and going camping and fishing.

Along with his parents, those left to cherish his memory include his wife, Emily McKinney Jones; his children, Brooklyn and Mason Jones; and a brother, Bubba Cribb.

The family will receive friends on Sunday, July 2, 2017, from 4:00 p.m. to 6:00 p.m., at Alexander Funeral Service. The funeral service will be held on Monday, July 3, 2017, at 1:00 p.m., at Shining Light Baptist Church, with Rev. Michael Cotheran and Pastor Timothy Sipe officiating. Burial will follow in the church cemetery.

In lieu of flowers, memorials may be sent to the Scotty Jones Memorial Fund at PO Box 40, Taylorsville, NC 28681.