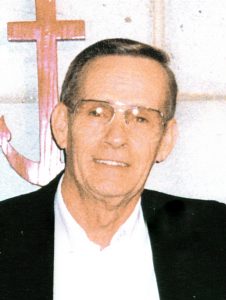 He was born on March 28, 1937, in Caldwell County, the son of the late Edward “Edd” and Cora M. Marley. He was retired from Sherrill Furniture, in Hickory, and later in his life worked for the Convenience Center, in Bethlehem.

He was a member at Unity Missionary Baptist Church and loved to be outdoors, especially fishing. Bruce was a loving husband, father, grandfather, and friend to many. He will forever be missed, but always in our hearts.

Along with his parents, he was preceded in death by his daughter, Bonnie Marley, and a brother, Bob E. Marley.

The family will receive friends on Sunday, July 2, 2017, from 1:00 p.m. – 2:00 p.m., at Alexander Funeral Service, and the funeral service will follow, at 2:00 p.m., in the funeral home chapel, with Rev. Byron Repass and Rev. Gary Jennings officiating. Burial will follow at Blue Ridge Memorial Park, in Lenoir.