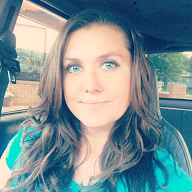 Amimarie Brown Fletcher, 33, of Taylorsville, passed away tragically and suddenly on Saturday, July 1, 2017, as a result of domestic violence.

She was born December 24, 1983, in Catawba County, daughter of Charles Richard Brown and Joyce Marie Pennell McLean, both of whom survive. Amimarie proudly and honorably served her country in the United States Marine Corps, doing two tours of duty in Iraq. She was employed as manager of Propst Store Number 9 Highway 16 North. She was a Baptist by faith, and a member of Dover Baptist Church.

Amimarie was predeceased by her maternal grandparents, Garrell and Doris Pennell; her paternal grandfather, Conley Richard Brown; and a step-brother, Aaron McLean.

Condolences may be e-mailed to the Fletcher Family by visiting our website at www.chapmanfuneralhome.com.