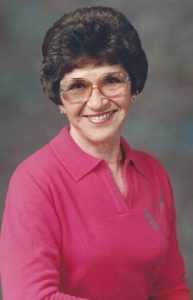 Born on September 1, 1929, in Iredell County, she was a beloved daughter of the late Manley Wilson Bass and Oma Lee Waugh Bass. She attended Iredell County Schools and was employed by Celanese Industries.

She was preceded in death by her husband, John Haithcox; a son, Stephen Grant; and three sisters, Marcelle Stevenson, Audrey Pope, and Edith Whitlock.

Services celebrating Nellie’s life will be conducted at 2:00 p.m., Wednesday, July 5, 2017 at Nicholson Funeral Home. Burial will follow in the Bethlehem United Methodist Church Cemetery. The family will receive friends for one hour prior to the service at the funeral home.

Condolences may be sent online to the family to www.nicholsonfunerals.com.