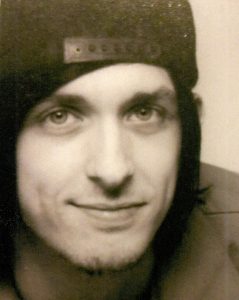 He was born on June 1, 1986, the son of Keith and Anita Herman Miller. Brandon worked as a landscaper for Jeffery Cline Services. He was a drummer for “Anchors.” Brandon was of the Baptist faith and loved his God, family, and music.

He was preceded in death by his maternal grandmother, Pat Herman; and paternal grandfather, Gene Miller.

Brandon was loved by many people and all of his many friends that he came into contact with. He will truly be missed, but will forever be in our hearts.

Funeral service will be held on Sunday, July 9, 2017, at 2:00 p.m., at Alexander Funeral Service, in the chapel, with Jody Shew officiating. Burial will follow at Taylorsville City Cemetery.