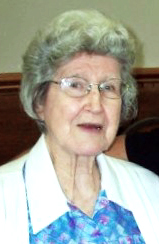 Corine Devon Terry Schuster, 98, of the Bethlehem Community in Alexander County passed away peacefully at her home on Tuesday, July 4, 2017.

She was born to the late Charles and Edie Davis Devon in Cleveland County on March 9, 1919.

The youngest of six children, whom all are deceased, Corine loved her family, and she loved reading, working with plants, and visiting estate sales.

She is preceded in death by her husband Ed Schuster of Lehigh Acres, Florida; where she lived for 25 years; a son, Dean Terry of West Columbia, SC; and two daughters, Irene Deaton and Doris Turner, of Mooresboro, NC. Grandchildren Lumard Willis of Ellenboro and Jeanie Barnes of Taylorsville also preceded her in death.

She is survived by two daughters, Mary Ellen Willis of Bethlehem and Faye T. Street of Ellenboro, NC; and one son Cecil Terry and wife Carol of Mooresboro, NC.

The family will receive friends at Gantt’s Grove Baptist Church in Mooresboro on Saturday, July 8, at 2 pm. The funeral service will follow at 3 pm.