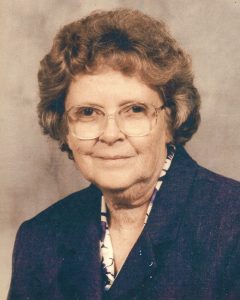 Mrs. Byrd was born October 15, 1932, in Alexander County, the daughter of the late Lola Faye Daniels.

She was a 16 year survivor of breast cancer, and really enjoyed being a part of the Alexander County Relay For Life. Mrs. Byrd also enjoyed gardening, being with her family, especially her grandchildren and great-grandchildren. Sewing and cooking were another of the many things she loved.

Including her mother, she was preceded in death by her husband, George Henry Byrd.

Adams Funeral Home and Cremation Services is honored to be serving the Byrd Family.