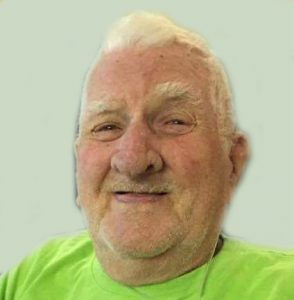 Atwell Franklin Pennell, 86, of Hiddenite, passed away Thursday, July 13, 2017 at his residence.

He was born October 22, 1930 in Alexander County, the son of the late William Arthur Pennell and Mary Lola Earp Pennell. He had worked in the furniture industry and was a member of Rocky Hill Baptist Church. Atwell loved to go squirrel hunting and was an avid gardener, and was known for making the best biscuits.

In addition to his parents, he was preceded in death by a son, Craig Pennell; five brothers and six sisters.

Those left to cherish his memory include his wife, Argell Arlene Cook Pennell of the home; a daughter, Penny Pennell Lambert and husband, Kent, of Hiddenite; a son, Michael Caldwell Pennell of Taylorsville; two granddaughters, Brittany Lambert and Samantha Lambert both of Hiddenite; a grandson, Michael Brandon of Wilkesboro; two sisters, Betty Southard and husband, Ramon, of Harmony, Maggie Baker of Taylorsville; a brother, David “Jim” Pennell of Bethlehem.

Pallbearers include: Brandon Pennell, Joe Cook, Timmy Cook, Jason Lambert, Jerry Pennell, Phil Lambert, Matt Cook and Alice Cook.
The family would like to express a special thanks to caregivers, Trina Slate and Terri Reavis for the care they had shown to Mr. Pennell and his family.

In lieu of flowers, memorials may be made to: Hospice and Palliative Care of Iredell County, 2347 Simonton Road, Statesville, NC 28625.
Condolences may be sent to: www.adamsfunerals.com. Adams Funeral Home and cremation services is honored to be serving the Pennell Family.•