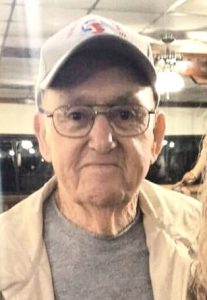 He was born August 21, 1939, in Iredell County, son of the late William Stamey and Katie Carson Jolly. Before his retirement, he was employed by Statesville Marble and Granite as a monument installer. Atwell was a member of Rocky Hill Baptist Church.

In addition to his parents, he was preceded in death by two brothers, R.S. Jolly and Charles Aaron Jolly; and two sisters, Ethelene Campbell and Geneva Bunton.

Those left to cherish his memory include a daughter, Marquita Jolly Fox and husband Tony; two brothers, Buddy Jolly, and Harry Jolly and wife Bonnie of Hiddenite; three sisters, Elna Campbell and husband Julian, Sue Carter of Statesville, and Emma Lou McCall of Salisbury; a granddaughter, Marissa Jordan Fox of Taylorsville; and numerous neices and nephews.

Condolences may be e-mailed to the Jolly Family by visiting our website at www.chapmanfuneralhome.com.