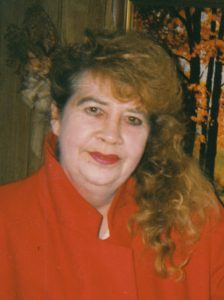 Eunice “Maxine” Chandler Lackey, age 82, of Taylorsville passed away on Saturday, July 15, 2017 at her residence.

She was born on July 31, 1934 in Davidson County, the daughter of the late Lewis Stedevant Chandler and Kate Matlock Midkiff. Maxine had worked in the home health industry before retirement and she was a fan of the Oral Roberts Ministry and the 700 Club.

She was a wonderful mother, grandmother, sister, and friend and will greatly be missed, but will forever be in our hearts.

There are no formal service planned at this time. The family will have a private memorial service at a later date.
Condolences may be sent to www.alexfuneralservice.com. Funeral arrangements have been entrusted to Alexander Funeral and Cremation Service.•