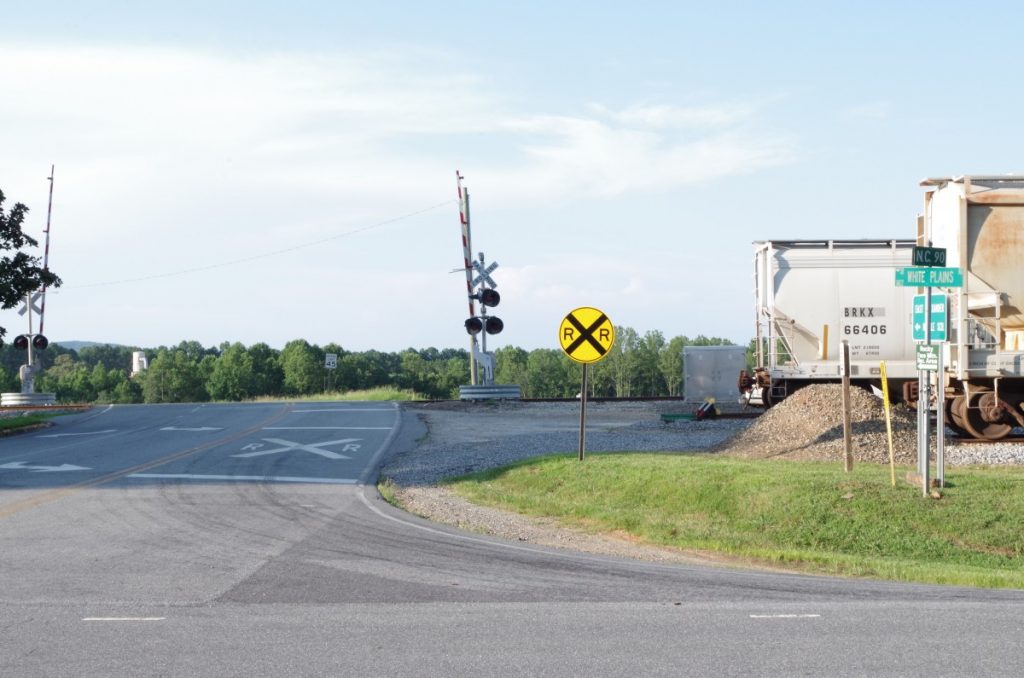 RAILROAD CROSSING TO BE UPGRADED THIS WEEKEND — The southern intersection of White Plains Road and NC 90 will be closed to motorist traffic from Friday morning, July 21, through Monday evening, July 24, 2017. This will allow construction of a heavy-duty concrete railroad crossing there, which will be the first of its kind in the county.

Motorists on a well-traveled local road will have to follow a detour this weekend while a rail crossing is being upgraded, according to a local railroad official.

The intersection is where NC 90 East and White Plains Road meet, east of Taylorsville.

“We have coordinated with NCDOT to close White Plains Road at the railroad this weekend in order to rebuild the crossing with a concrete surface. Closure will be early Friday morning [July 21] until Monday afternoon [July 24]. NCDOT will post a detour. This heavy-duty concrete crossing will be the first of its kind in Alexander County,” according to Benjamin I. Zachary, President & General Manager, Alexander Railroad Company.

It was observed Tuesday evening, July 18, that what appeared to be detour signs had been erected (and covered) at the intersection of White Plains Road and Goble Road.

NCDOT Alexander County Maintenance Engineer Blake Guffey confirmed that the detour around the construction site. will be: Goble Road to Hiddenite Church Road to NC 90 East.