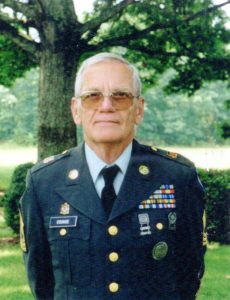 He was born on May 30, 1937, in Catawba County, son of the late Perry Robert and Mary Johnson Coonse. J.T. was a loving husband, father, brother, and loyal friend.

He served in the United States Air Force for six years, and the North Carolina Army National Guard for 33 years. While he served, he was a mechanic and taught classes at Fort Bragg for working on army vehicles. He was awarded “Best in State” with his unit in Morganton for operational maintenance. He was an honorary Paid up for Life member of American Legion Post 48, where he served on the honor guard team for many years. He was also an active lifelong member of Bethlehem Baptist Church.