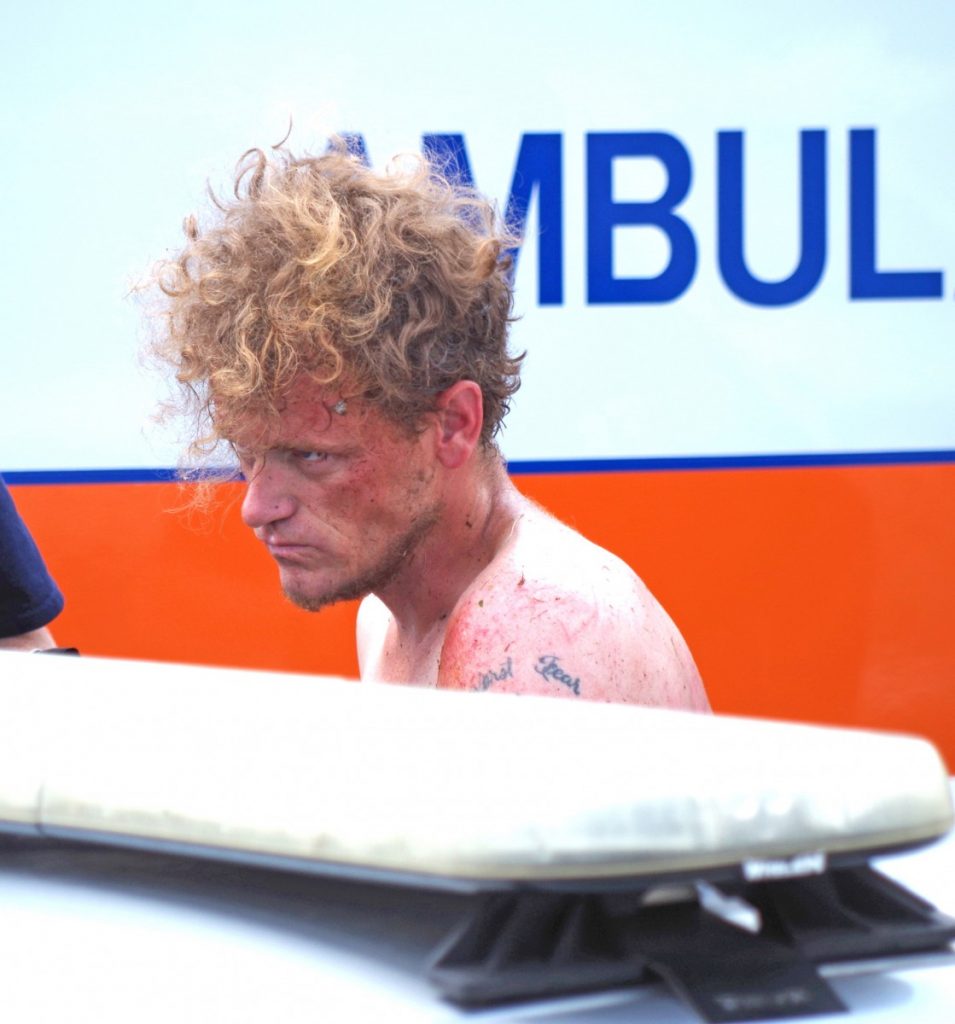 Alexander County Sheriff’s deputies, the Taylorsville Police Department, and N.C. State Highway Patrol troopers and other agencies searched for a fugitive from out of state who fled from a traffic stop on Tuesday morning, July 25, 2017. He was later found in a field at the edge of woods near Valley Nursing Center in Taylorsville, just north of Walmart.

Alexander County Sheriff Chris Bowman told The Times that officers believe the suspect’s name is Scotty Reykeivis Robertson, white male, about age 34. Robertson is 6’ tall, about 140 lbs., with blue eyes and sandy or light brown hair and a scruffy beard.

Robertson is wanted in Missouri and possibly other states.

Authorities learned of Robertson’s presence in Taylorsville after a deputy noticed a Tennessee license tag on a car near Walmart and looked it up on the computer system. The car pulled into the Taylorsville Walmart parking lot, then the suspect jumped out and ran away from Walmart about 7:30 a.m. Tuesday.

Bowman said officers concentrated in a perimeter of US 64, Paul Payne Store Road, and NC 16. Valley Nursing and Rehabilitation Center was on lockdown during the search, Bowman stated.

The Sheriff also wished to thank the Taylorsville Tractor Supply Co. store and staff for allowing officers use of the store as a command post. He added thanks to many citizens who called in reports of suspicious persons in the area.

Robertson, who was barefoot during the manhunt, told Sheriff Bowman that he had layed down in the woods most of the time, because his feet were cut and bleeding. Bowman said Robertson had many scratches from running through the woods. Robertson was located about 2:30 p.m. Tuesday.

Bowman noted that Robertson was in Taylorsville to meet an Alexander County woman. Robertson had initially met the female Alexander resident last Thursday, July 20, at a bus station in Charlotte, and the two had hit it off, and planned to meet July 25 in Taylorsville. However, she was unaware of Robertson’s past and his fugitive status.

The Sheriff told the woman, who he declined to identify, that she was fortunate not to have met Robertson in the planned rendezvous. 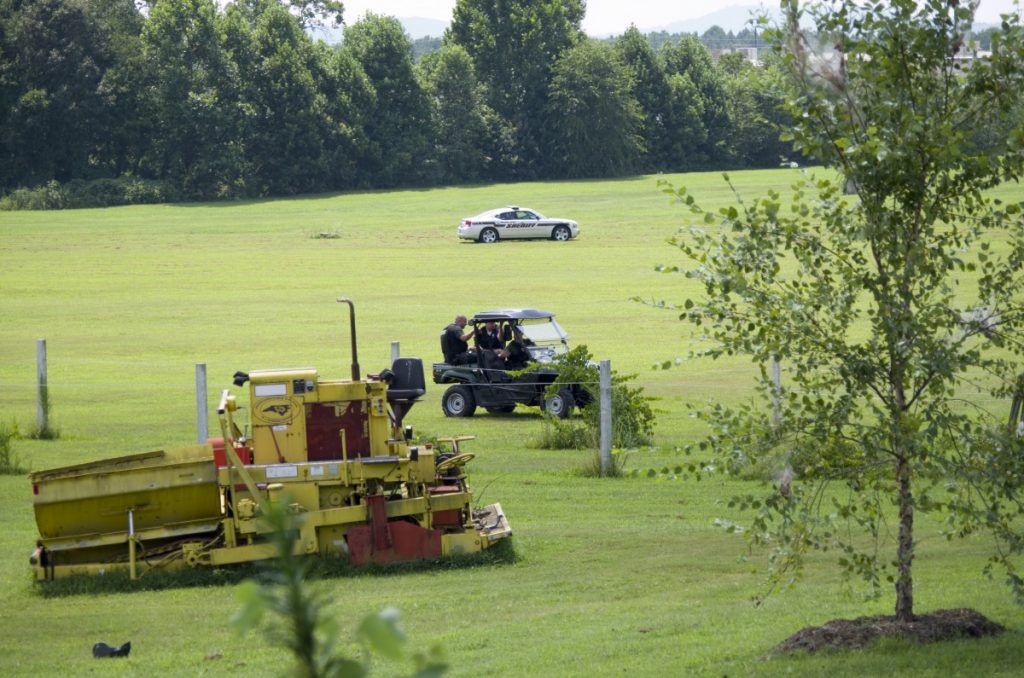 Officers located the manhunt suspect Scotty Robertson at the edge of these woods near Valley Nursing and Rehabilitation Center in Taylorsville.

On Tuesday, July 25, 2017, the Alexander County Board of Education announced the following Code-In status for activity at Taylorsville School due to law enforcement activity in the area:

“Important Message — School officials have issued a Code-in for Taylorsville Elementary School. This is a precautionary action based on information from local law enforcement regarding activity in the area but not necessarily on the school campus. Standard procedures for a Code-in will apply. More detailed information regarding code in procedures can be on the Alexander County Schools website in the School Safety section located under the Departments tab at www.alexander.k12.nc.us.”

Although school is not in session, summer reading and other activities are hosted at the facility in the summer.

A “Code-In” is defined on the school system’s website as This code is used when administration deems a situation requires students be kept contained to the classroom and no immediate danger to students or staff is perceived. This procedure may vary based on individual school sites and situations. During a Code-in, we keep students inside and strictly monitor outside access. In the past, we have issued this code when there was law enforcement activity in the area such as responding to a bank robbery or chasing a fugitive in the area. Normal everyday operating procedures are very similar to a Code-in.”