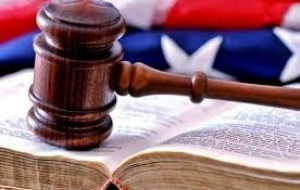 A Charlotte man, who sold high-purity methamphetamine in Alexander County and elsewhere, was convicted this week in Federal Court in Statesville.

Late Tuesday, July 25, 2017, a federal jury sitting in Statesville returned a guilty verdict against Joseph Howard Davis, 34, of Charlotte, on charges of distribution and possession with intent to distribute methamphetamine and possession of firearms by convicted felon, announced Jill Westmoreland Rose, U.S. Attorney for the Western District of North Carolina. U.S. District Judge Richard L. Voorhees presided over the trial.

At sentencing, Davis faces a statutory mandatory minimum sentence of 20 years to life in prison, and a fine of up to $20 million. The firearm charge carries a maximum prison term of 10 years and a $250,000 fine. Davis remains in federal custody. A sentencing date has not been set.

In making Wednesday’s announcement U.S. Attorney Rose thanked the Charlotte division of ICE-HSI, NC SBI, HPD, and ACSO for leading the investigation, and the Iredell County Sheriff’s Office for their assistance in the case.

Assistant U.S. Attorney Steven R. Kaufman, of the U.S. Attorney’s Office in Charlotte, is in charge of the prosecution.