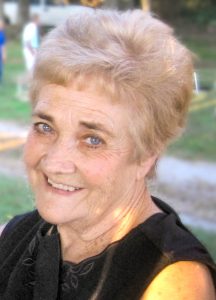 Born in Alexander County to the late Ray Edward and Patricia Jolly Deal, she was a graduate of Wilkes Community College with an Associate Degree in Accounting. She was employed at The Taylorsville Box Factory, Carolina Glove, and was a Census Worker for many years. Helen attended Unity Christian Church in Stony Point.

In addition to her parents, she was preceded in death by four brothers, Harry, Steve, Norris and Connie Deal.

Helen will be remembered for her love of family and her enjoyment of her flower and vegetable gardens. She was a talented cook. She loved to travel.

Visitation will be held on Wednesday, August 2, 2017, from 4:00 – 5:45 p.m., at Unity Christian Church, in Stony Point, with a memorial service following at 6:00 p.m. Rev. Scott Hammer will officiate. Inurnment will be with the family.