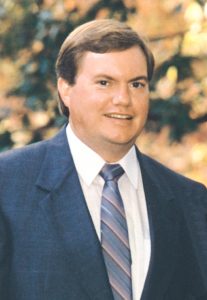 He graduated from Alexander Central High School in 1974.