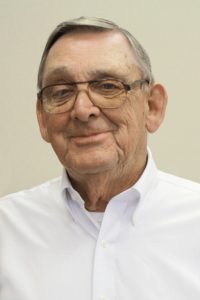 Ralph Jerry Fox, 75, of Taylorsville, left this world on Friday, August 4, 2017 at his residence.

He was born on August 9, 1941, the son of the late Ransom S. and Rosa Lail Fox. Ralph honorably served our country in the US Army during the Vietnam Era. Before retirement, he worked for Broyhill Furniture – Hiddenite Plant 5 as an upholster for 40 years.

He loved his yard work, especially keeping things neat and clean, riding his golf cart, and was involved in the community watch program. Ralph showed his love for his family and friends, and will forever be missed but always in our hearts.

Along with his parents, he was preceded in death by his sisters, Lucille Jenkins and Hazel Hollar; and brothers, Graydon, Sterile, Cletus and Clay Fox.

Those left to cherish his memory include his wife of 51 years, Linda Jean Parker Fox of the home; children, Bradley Fox (Vonda Marlow) and Wesley Fox (Bridgett), both of Taylorsville; grandchildren, Sydney and Lane Fox, and Chandler Marlow; a brother, Flake Fox (Bernice); a sister-in-law, Katherine Fox; and a number of nieces and nephews.

The family will receive friends on Sunday, August 6, 2017, from 5:00 p.m. – 7:00 p.m., at Alexander Funeral Service. Funeral service will be held on Monday, August 7, 2017, at 3:00 p.m., at East Taylorsville Baptist Church, with Rev. Jamie Steele officiating. Burial will follow at Liledoun Baptist Church. Military rites will be provided by the DAV Ch. 84 of Taylorsville and Ch. 6 of Hudson.

In lieu of flowers, memorials may be sent to the DAV Chapter 84 of Taylorsville at 582 Carrigan Rd, Taylorsville, NC 28681.