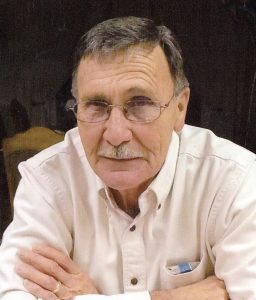 Bryce Boyd Harrington, 69, of Taylorsville, went to his heavenly home on Tuesday, August 15, 2017, surrounded by his family, at home.

He was born on November 3, 1947, the son of the late Curtis and Omie Deal Harrington. Bryce honorably served our country in the US Navy with two tours in Vietnam and helped with the VFW where he could. He had his Master’s Degree and had worked for Continental Structure Plastics as an Operational Manager.

Bryce was a member at Salem Lutheran Church and enjoyed cars and gardening. He was a loving husband, father, grandfather, and friend and will greatly be missed, but forever in our hearts.

Along with his parents, he was preceded in death by his sister, Lorene Harrington Lackey.

The family will receive friends on Saturday, August 19, 2017, from 6:00 p.m. – 8:00 p.m., at Alexander Funeral Service. Funeral Service will be held on Sunday, August 20, 2017, at 3:30 p.m., at Salem Lutheran Church, with Rev. Ray Ohlendorf officiating. Burial will follow in the church cemetery. Military rites will be provided by the DAV Chapter 84, of Taylorsville, and Chapter 6, of Hudson.