Anderson accounts for 4 touchdowns in 28-23 win 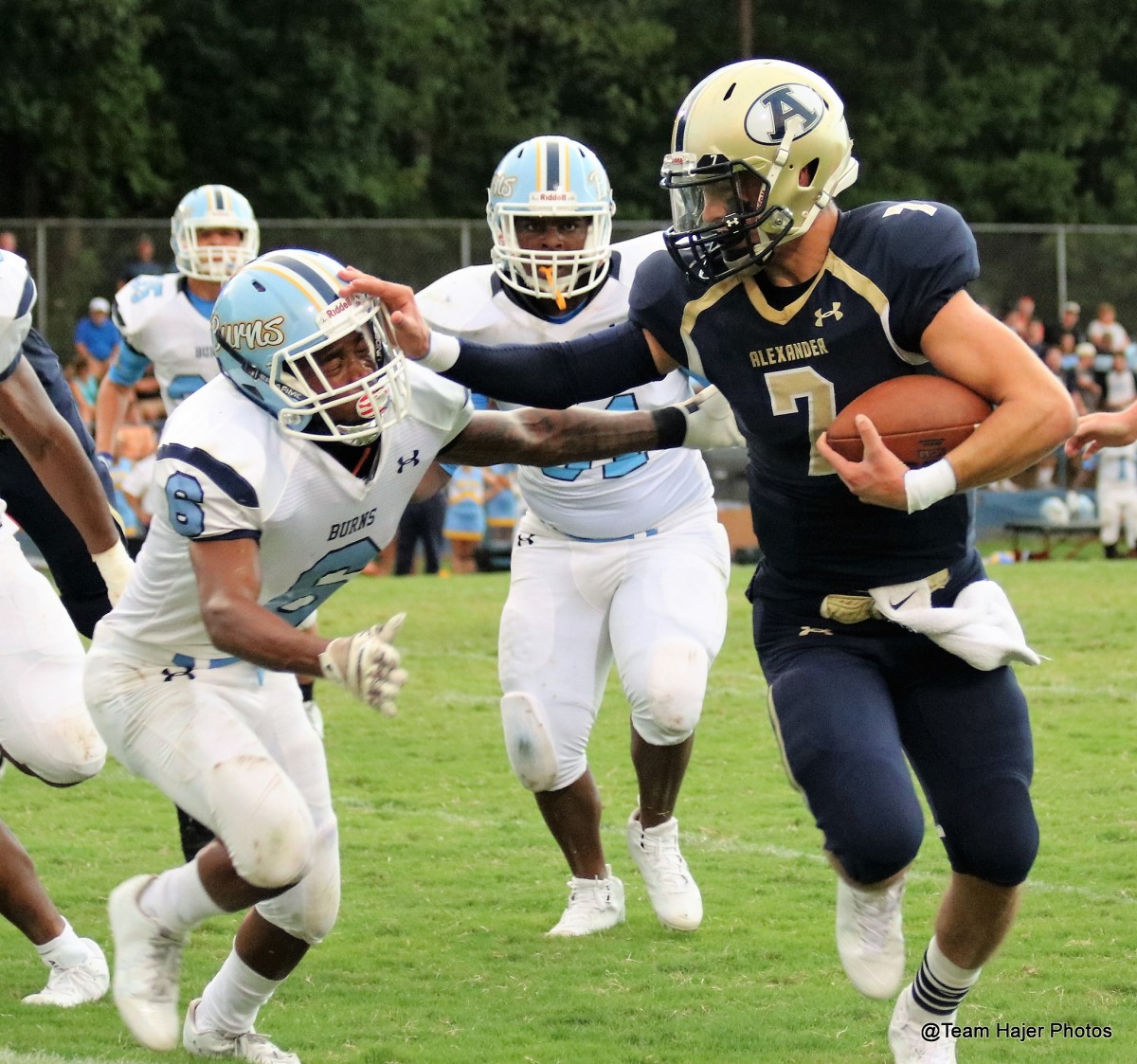 Alexander Central senior quarterback Gunnar Anderson ran for two scores and threw a pair of TD passes to lift the Cougars to a 28-23 win over the Burns Bulldogs in the season opening game on Friday night, August 18, at Cougar Stadium.

Anderson scored the game-winning TD for the Cougars on a one-yard sneak play with 2:45 to play in the fourth period to complete Alexander’s come-from-behind win over the visitors from Lawndale. 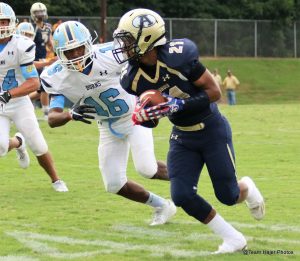 Kendall Flowers turns upfield for extra yards on one of his four receptions vs. Burns. (TeamHajer photo)

Anderson’s run capped a 12-play, 83-yard scoring drive to put the home team in front for good in the game’s final stages.

On the ensuing possession, ACHS stopped the Bulldogs on downs to seal the win. The biggest play coming on a four down and four quarterback sack by junior defensive lineman Isaac Chapman to thwart any chances of a Burns’ win. 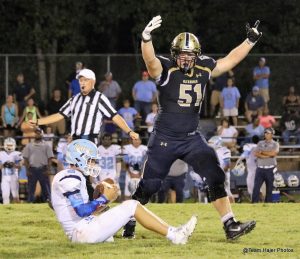 After Anderson scored on the game’s first drive, Burns scored two first half TDs to take a 15-8 lead at the intermission.

However, Anderson tossed scoring passes to Bryson Godfrey and Tevin Clark in the second half and capped the night off with his game-winning TD in the closing stages of the fourth period.

On the night, Anderson completed 10 of 14 throws for 118 yards and a pair of scores. Godfrey led Alexander’s rushing effort with 86 yards on 11 carries, while Clark added 76 bruising yards on 15 touches.

The Cougars will hit the road for their second game on Friday night, August 25, when they travel to Moravian Falls to face Wilkes Central in a 7:30 pm game.

See more on Friday’s win over Burns in the August 23 edition of The Taylorsville Times. 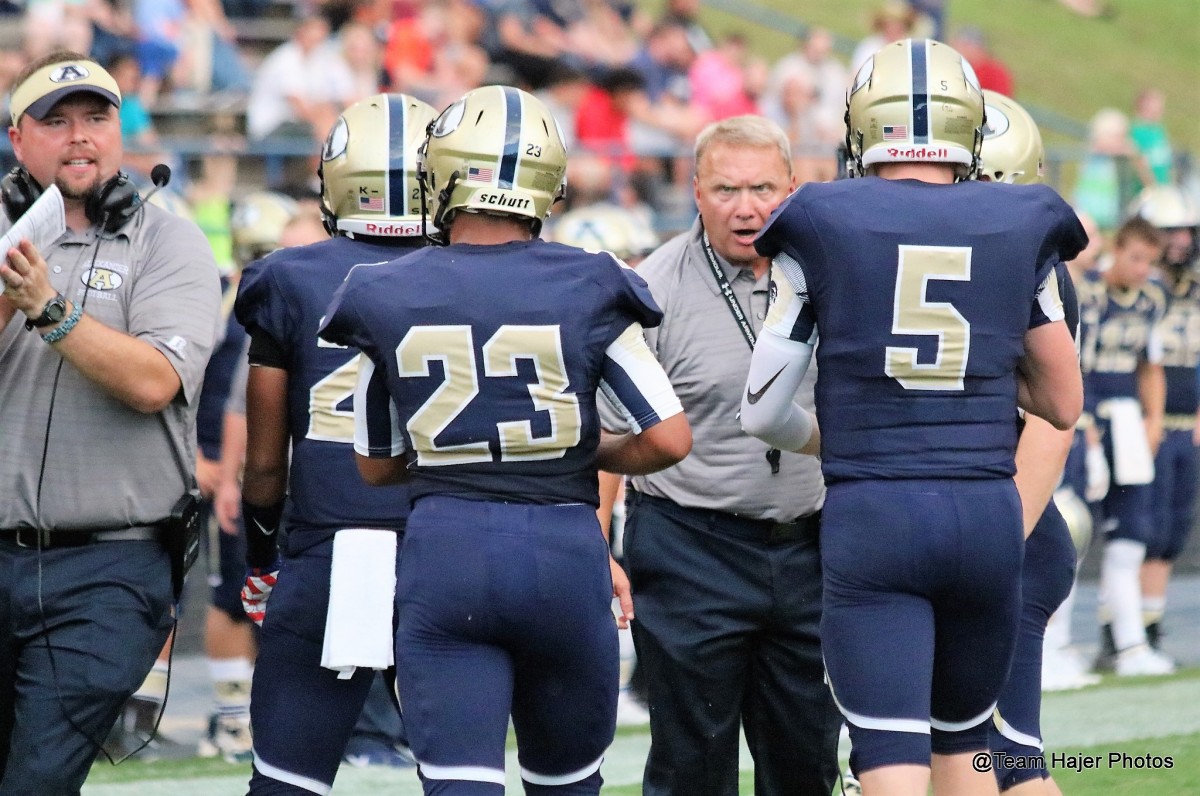