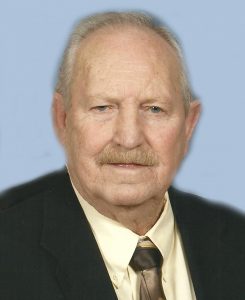 Mr. Fox was born August 16, 1931, in Alexander County, the son of the late Jacob Roy Fox and Lona Bowman Fox.

He had worked as a foreman in the upholstery department at Broyhill Furniture before retiring. Clifford also worked in construction and later at the ABC store in Taylorsville.

He was an US Army veteran, who had served in the Korean Conflict, and was a member of St. Luke Lutheran Church.

Including his parents, he was preceded in death by his first wife, Dorothy Bowman Fox; and his mother-in-law, Marie Teague.

The funeral service will be at 4 p.m., Sunday, August 27, 2017 at St. Luke Lutheran Church. Pastor Andrew Miller will officiate. Burial will follow in the church cemetery with full military honors to be accorded by DAV Chapter 84 of Taylorsville. The family will receive friends from 2:30-4 p.m., prior to the service.