Win over Eagles is 14th straight for program 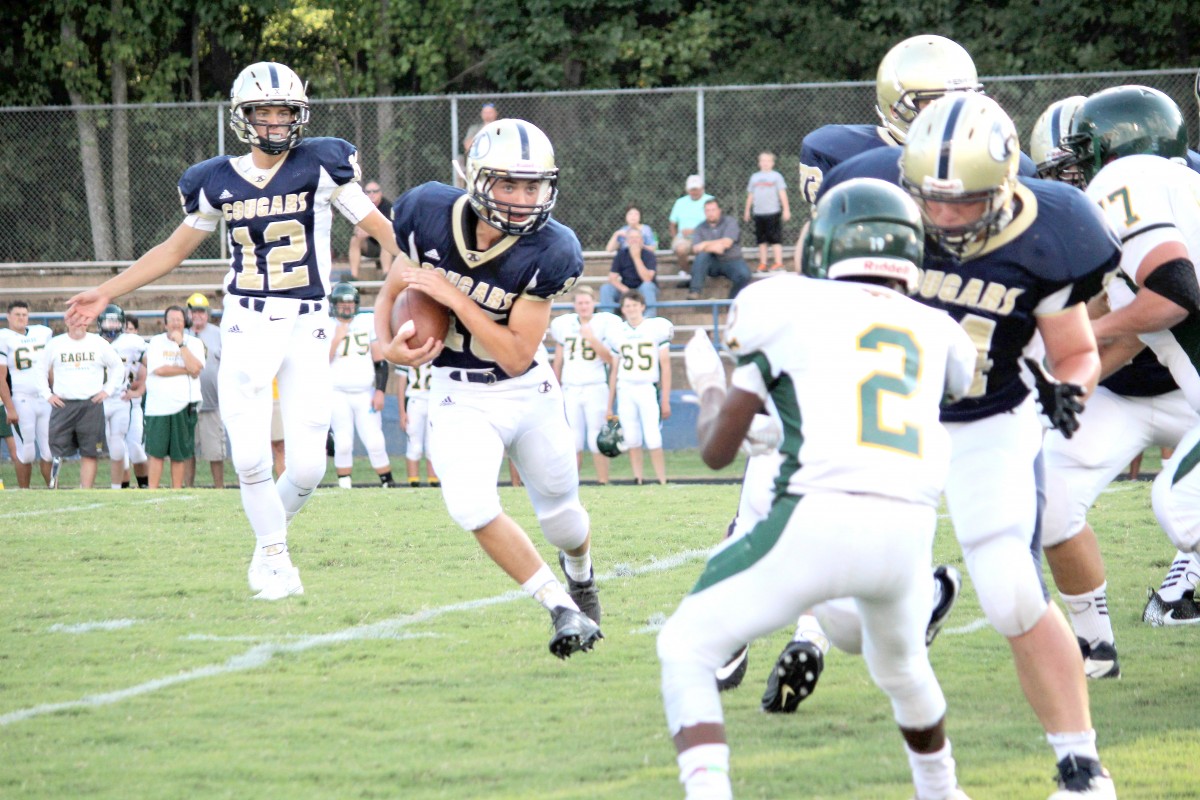 The Alexander Central JV Cougar Football Team opened the 2017 gridiron campaign with a convincing 44-14 win over the Wilkes Central Eagles on Thursday evening, August 24, at Cougar Stadium in Taylorsville.
The Cougars rolled up 324 yards and scored touchdowns on six of their seven offensive possessions en route to the 14th straight JV football win at the school. 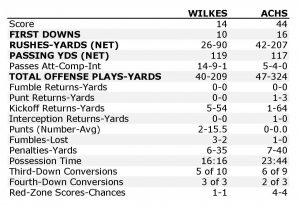 Sophomore quarterback Easton Rhoney accounted for three touchdowns in the win. Rhoney completed three of four passes for 55 yards and a touchdown pass to Will Elder. The Cougar signal caller also ran for a pair of scores on runs of four and five yards.
Colston Yount led the Cougar rushing effort with 69 yards and one touchdown, while Dayente Calhoun finished with 67 rushing yards and one score. 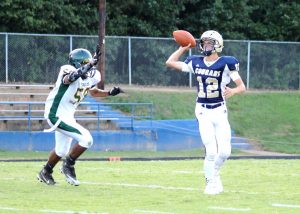 Easton Rhoney attempts to complete a pass as he eludes a Wilkes Central defender.

Freshman Lance Justice  completed his only pass attempt for 62 yards and a TD and added 16 yards on the ground.
Elder led the receivers with two catches for 50 yards and a score, while Bryson Abernathy grabbed one reception for 62 yards and a touchdown.
Justice, Rhoney, Yount,  Zach Hatton, and Sean Boles scored on two-point conversion attempts.
JaiKwaun Tilley led Alexander’s defense with 10 tackles, including two tackles for loss and a fumble recovery.
Lance Justice added a pass interception and Ryan Bowman tallied a fumble recovery for the Cougar defense.
ACHS will remain at home on Thursday, August 31, when it hosts the North Iredell Raiders at 6:30 pm at Cougar Stadium.