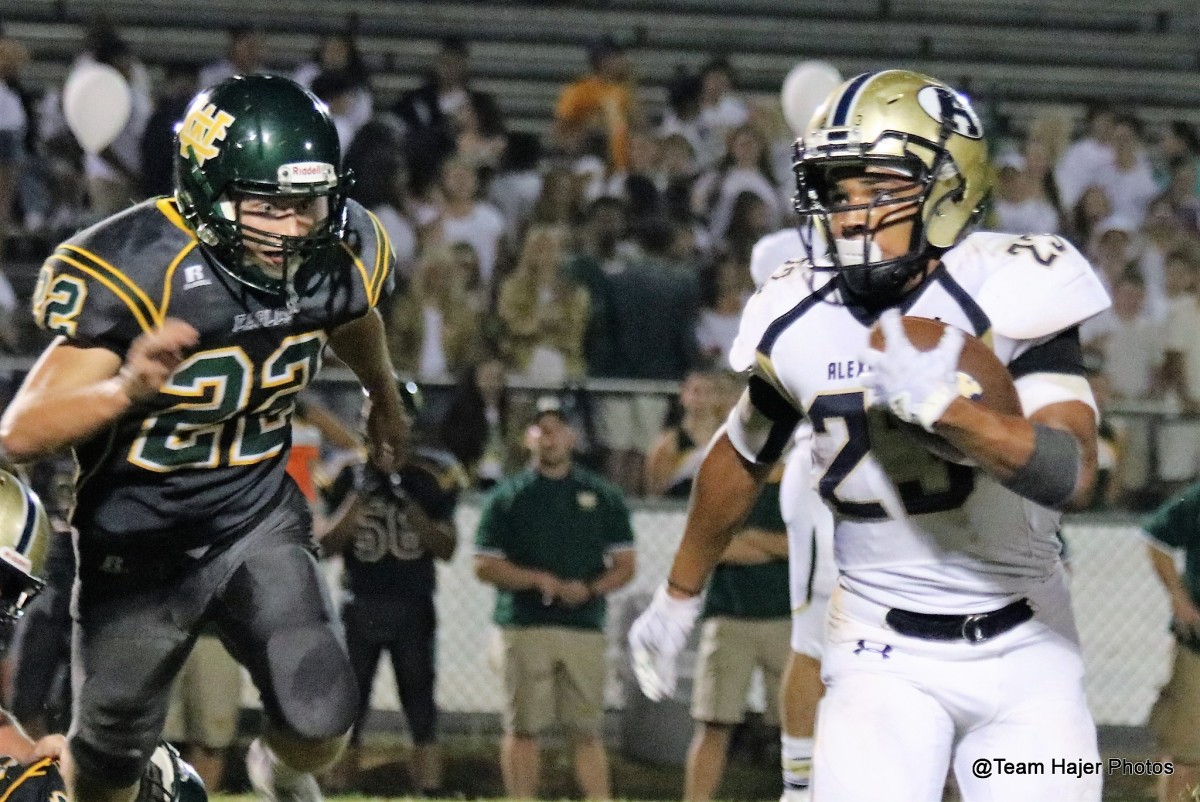 The Alexander Central Cougars survived one of the most sluggish performance in recent memory en route to a 28-6 win over the Wilkes Central Eagles on Friday night, August 25, at Wes Steele Stadium in Moravian Falls.

For the second straight game, the Cougars committed double-digit penalties and amassed over 100 penalty yards but managed to claim a victory.

The Cougars (2-0) scored on each of their first half possession and built a 28-6 lead at the half. However, mistakes and stingy defense on each side resulted in a scoreless second half of play.

On the night, Alexander was flagged for 13 penalties for 104 yards. Eight of the flags occurred in the second half when Alexander’s explosive offense was held scoreless in three possessions. 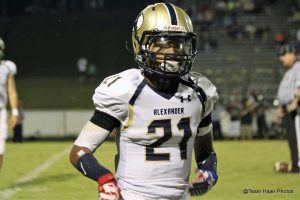 Despite the barrage of penalties, ACHS managed to gain 369 total yards of offense in the win; and for the second straight game, the Cougars did not commit a turnover.

The offense was led by the efficient play of senior quarterback Gunnar Anderson. Anderson completed eight of 11 passes for 187 yards on the night. The senior also ran for a pair of TDs. Kendall Flowers led Alexander’s receivers with three catches for a career-high 116 yards. Bryson Godfrey added three catches for 72 yards. 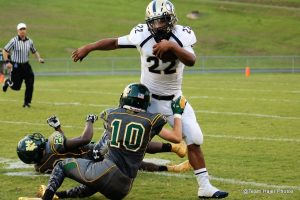 Junior back Tevin Clark runs through a tackle attempt vs. Wilkes Central.

On the ground, Tevin Clark’s 84-yard effort led the Cougars attack. Clark carried the ball 18 times and added two TDs. Alexander’s Bryson Godfrey was held to just 33 yards on eight carries before leaving the game with an ankle injury early in the second half.

The Cougars (2-0) will travel to Olin on September 1 for a non-league game against North Iredell. North slipped to 0-2 on the season after a 37-13 loss to Forbush on Friday.

Wilkes Central, which is coached by former ACHS assistant and Alexander County resident Ron Turner, slipped to 1-1 on the year and hosts Surry Central on September 1.