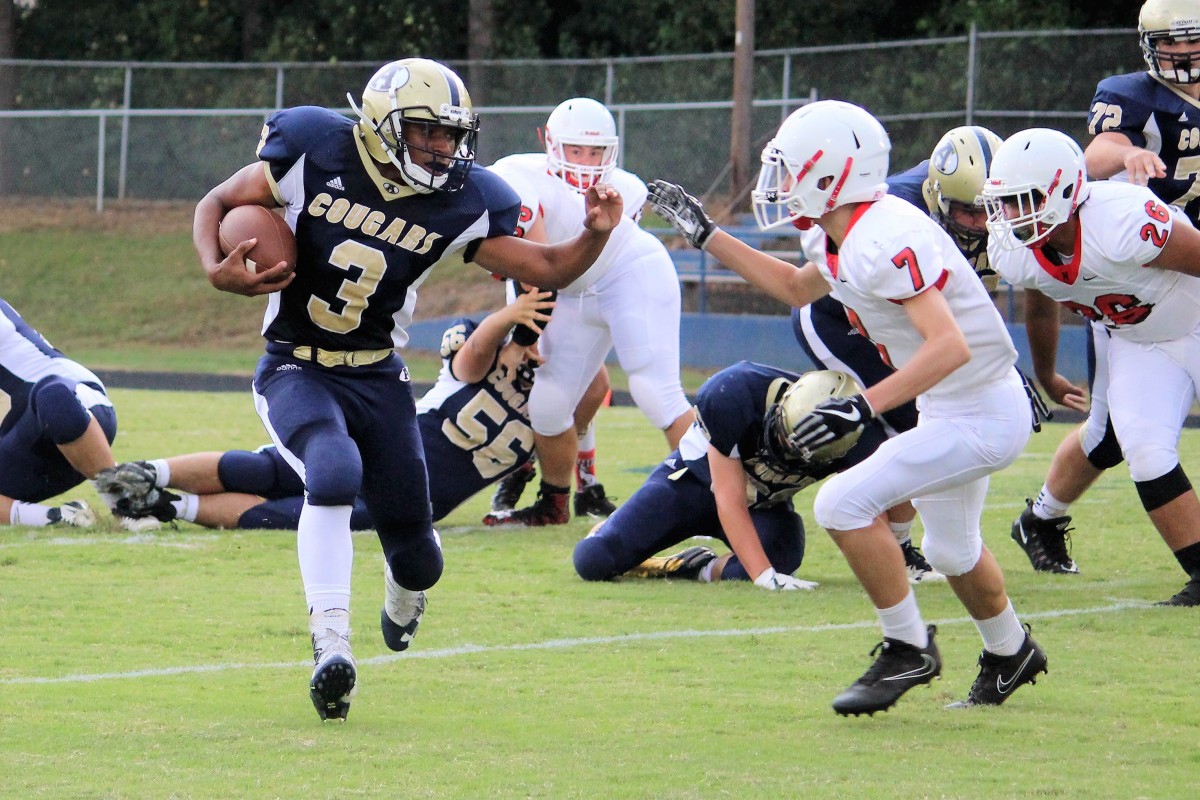 Alexander Central freshman Dayente Calhoun ran for 126 yards and three touchdowns to lead the JV Cougar Football Team to a 48-16 win over North Iredell on Wednesday night, August 30, at Cougar Stadium in Taylorsville.

Calhoun scored on Alexander’s first offense play when he exploded for a 52-yard scoring run. He added two more rushing touchdowns in the second half to lead the young Cougars to a 2-0 start to the season. The freshman ran the ball 11 times as Alexander piled up a whopping 418 yards of offense in the win. 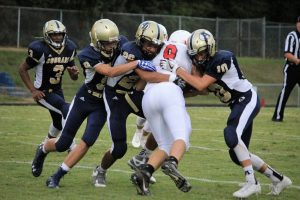 Another Cougar freshman, Lance Justice, ran the ball four times for 86 yards, including a 62-yard scoring dash in the third period. Justice also completed his only pass attempt for 34 yards and a touchdown to Bryson Abernathy. Easton Rhoney added a 10-yard TD run for the young Cougar team.

On defense, Jai Kwaun Tilley led the way for Alexander with 10 total tackles, while Daniel Morgan finished with seven total tackles and a fumble recovery. Bryson Abernathy recorded a pass interception for the Alexander defense. The Cougars limited North Iredell to just 168 yards of offense.

Alexander will hit the road on Thursday, September 7, when it travels to Pumpkin Center for its final non-conference game against North Lincoln at 6:30 pm.