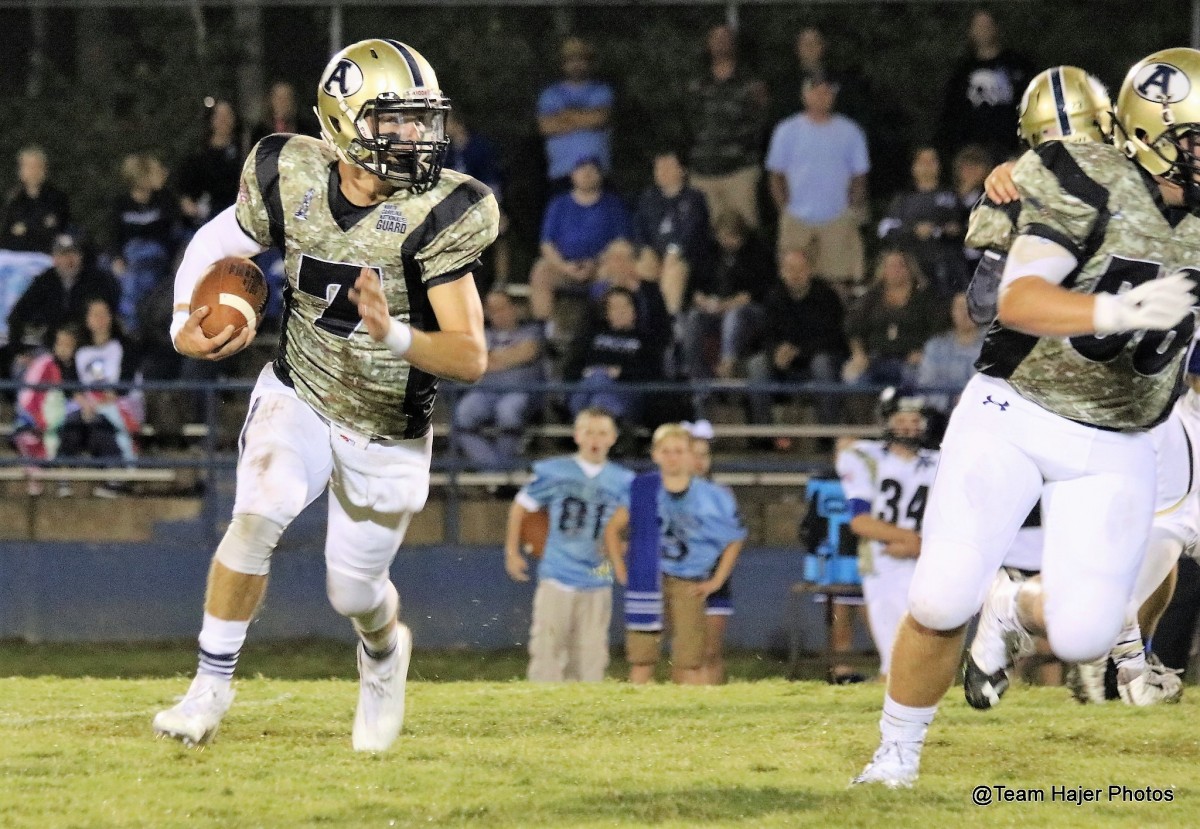 The Alexander Central Varsity Football Team closed its non-conference schedule with a 40-36 win over North Lincoln on Friday night, September 8, at Cougar Stadium in Taylorsville.

The Cougars managed to hold off the Knights down the stretch to survive with a four-point win and improve to 4-0 on the season.

After failing behind early in the game, Alexander rebounded to take the lead by halftime. The home team led 40-29 in the late stages of the game before a gritty North Lincoln squad made the game very interesting with a fourth-quarter charge. After a touchdown to trim the lead to 40-36, the Knights recovered an on-sides kick with just over three minutes to play in regulation. From there, the visitors moved into the Cougars’ red zone before Alexander’s defense stiffened and stopped the Knights’ advancement toward the end zone on a pivotal fourth down play with 55 seconds to play.

Alexander led 34-22 at the half on the strength of three scoring runs from sophomore Steven Montgomery. The Cougar back scored on runs of 10 and 20 yards and added a 94-yard kickoff return for another score in the first half. 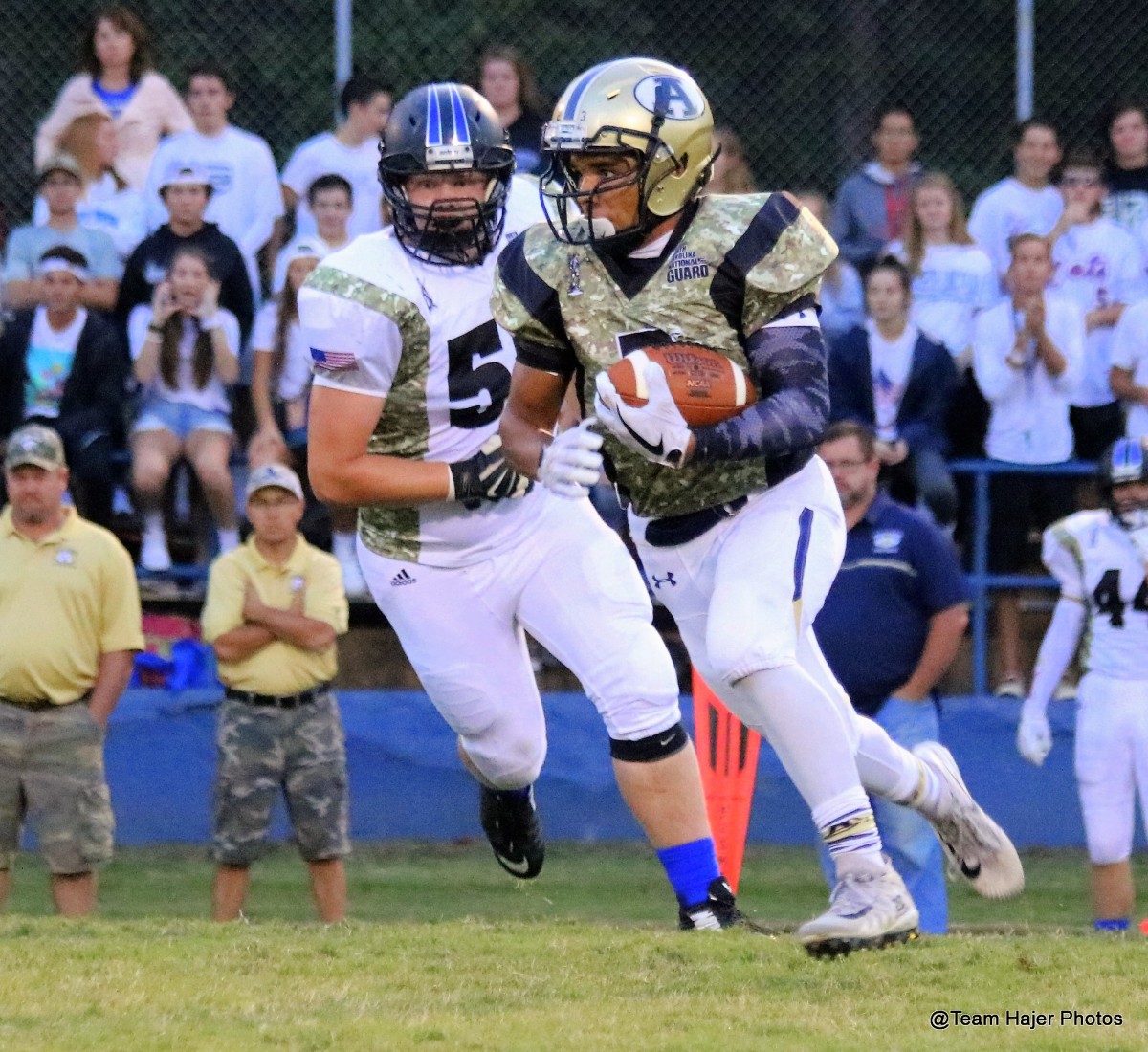 Steven Montgomery scored three touchdowns, including a 94-yard kickoff return in the Cougars’ 40-36 win over the Knights of North Lincoln on September 8.

The game became much tighter in the second half as the Cougars managed just one score. Senior Devon Weiss capped a key 65-yard scoring drive in the fourth period with a hard-nosed, determined scoring run from 16 yards out. The Weiss’ score gave the Cougars a 40-29 lead with 5:13 remaining in the fourth stanza.

The Cougars lost the turnover battle for the first time all season, as North recorded three take-aways and the Cougars forced a pair of Knight interceptions. A pair of first-half fumbles by the Cougars created short field situations for the North Lincoln offense and led directly to a pair of Knight touchdowns.

ACHS did win the yardage battle on the compiling 491 yards of offense to 348 for North. ACHS chewed up a whopping 422 yards on the ground.

Senior quarterback Gunnar Anderson used his legs instead of his arm to lead the Cougar offensive production. Anderson, Montgomery, and Weiss picked up the offensive slack for a Cougar team which played its second straight game with standout running back Bryson Godfrey. Despite being dressed, Godfrey was held out of the game as he continues to recover from an ankle injury suffered August 25 at Wilkes.

Anderson called his own number 116 times in Friday’s win and finished the night with a career-high 175 yards on the ground. Montgomery reached the 100-yard mark for the first time in his varsity career with 124 yards on 12 carries, while Weiss had 17 carries for 87 yards. AJ Miller added a seven-yard scoring run for Alexander.

The Cougars will enjoy a much-needed open day on September 15 before opening NW 3A/4A Conference play on the road at West Caldwell High School in Gamewell on Friday, September 22, at 7:30 pm. 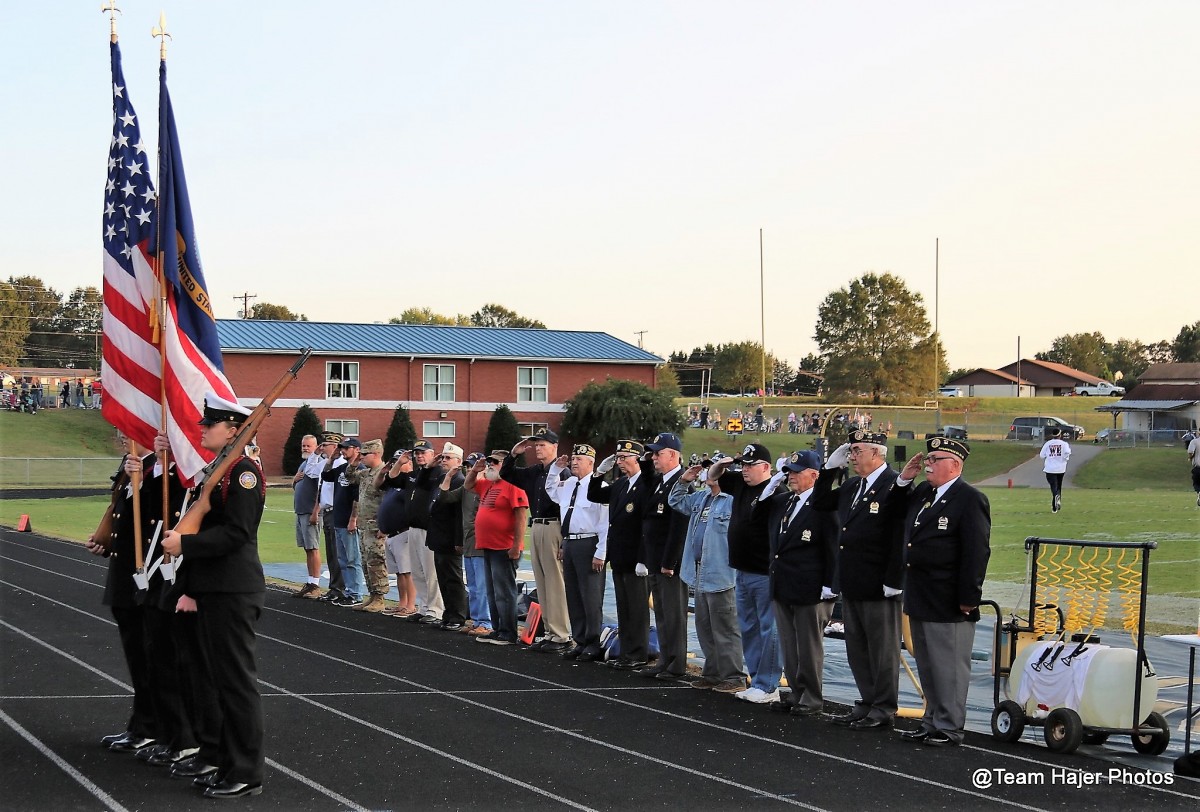