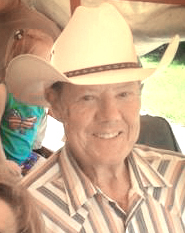 Bryant Gibson Mason, Sr., a life-long resident of Iredell County, passed away on September 10, 2017, in the comfort of his home, surrounded by family.

Although his battle with Alzheimer’s was difficult, Bryant fought hard. In 74 years, he’d never learned to quit.

A lover of hard work, family and his Faith, Bryant lived and loved well. He was born the fifth of eight children to Bub Wiley and Ida Branton Mason on August 8, 1943. Growing up on a farm in Northern Iredell County, he developed strength of body, character, and conviction, the three things he was best known for throughout his life.

A graduate of Central High School, Bryant traveled west to follow a rodeo circuit before being drafted. A proud veteran of the U.S. Army, he always held the highest respect for the uniform he wore and all it represented.

Following the military, Bryant went on to obtain a degree from what he called the School of Hard Knocks. A jack of all trades, he found a niche in helping his dairy customers find the right feed mix for herds; and found a lot of good friends in the process.

He married Carol Parker Mason on August 18, 1968, and they were married for 49 colorful years.

Bryant was preceded in death by his parents, Bub and Ida Mason; two sisters, Betty Mason Shook and Barbara Mason Stone; and a brother, Bob Mason.

An influence to many, Bryant was proud of being a deacon at Rocky Hill Baptist Church, a sheriff in the early days of Love Valley, and a man with very few limitations. He was proudest of being a father.

Bryant was quick to laugh, quick to give, and quick to stand up for what he believed. Never one to like the spotlight, he’d think this obituary was too long.

In lieu of flowers, Bryant would request donations to causes supporting disabled veterans or children.

The family would like to thank Kathy Brent, and the in-home staff of Hospice and Palliative Care of Iredell County.

Condolences may be made to the family at www.nicholsonfunerals.com.