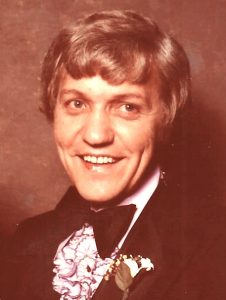 He was a US Navy veteran, who had served in the Korean Conflict, and was a member of Christian Fellowship Church.

He had worked as a warehouse manger for Foremost Athletic Apparel, having worked for 37 years. Glade was an avid golfer and really loved his home course at Brushy Mountain Golf Club. He also loved taking care of his yard and tending to his shrubs.

Including his parents, he was preceded in death by a sister, Elizabeth Huffman, and a brother, Louie Stafford.

A memorial service will be held at 2 p.m., Tuesday, September 12, 2017, at Christian Fellowship Church, with full military honors accorded by DAV Chapter 84 of Taylorsville. Pastor Scott Greene will officiate. The family will receive friends one hour prior to the service.

In lieu of flowers, memorials may be made to: Christian Fellowship Church.