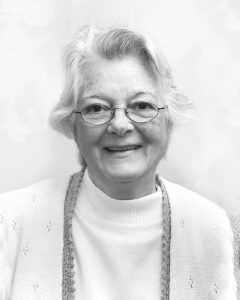 Ethel accepted Christ as a young girl and was a faithful, lifelong member of the Church of God in Taylorsville, where she loved the Lord and enjoyed the church fellowship and her church family. In her early years, Ethel taught Sunday school and worked with the youth program.

On February 17, 1948, Ethel married her late and beloved husband, David Lee Pardue. They established a business, the Downtown Shoe Shop, in Taylorsville, and worked side by side for 33 years. Later, Ethel began working with the Alexander County Food Service, where she retired.

Besides her parents and husband, she was preceded in death by two sisters, Shelby Davidson Broyhill and Barbara Davidson Childers.

The family will receive friends on Sunday, September 17, 2017, 1:00-2:30 p.m., at Alexander Funeral Service. The service will begin at 3:00 p.m., at Taylorsville Church of God, with Rev. Mark Albertino officiating. Burial will follow at the Taylorsville Cemetery.

In lieu of flowers, memorials may be sent to the Taylorsville Church of God-Building Fund at 556 Kerda Street, Taylorsville, NC 28681.