Board chooses firms to do water, sewer engineering, Broadband Study

At their meeting on August 14, 2017, the Alexander County Library Board of Trustees passed a motion to recommend to the Commissioners that the current Library history room be named in memory of Harrington in recognition of her lifelong commitment to preserving Alexander County history. 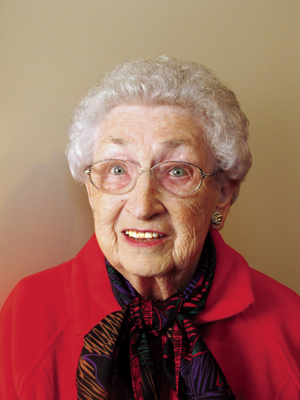 Commissioner Ryan Mayberry noted the room naming is fitting and Harrington deserves the honor, but said naming of facilities needs to be done very sparingly in the future.

Also, the Board approved a Local History Policy as presented by Alexander County Library Director Laura Crooks. It outlines room use, collection formats and maintenance, gift and donation acceptance, and the withdrawal of materials from the collection. 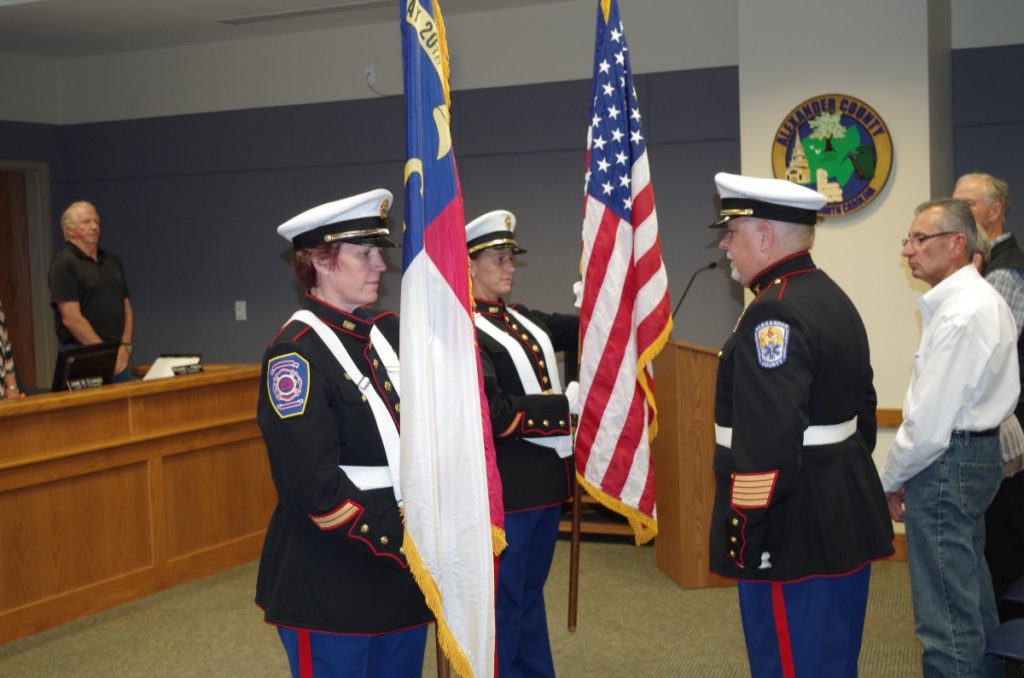 The Alexander County Emergency Services Honor Guard performed a Presentation of Colors at the Commissioners’ meeting on Sept. 11, in remembrance of 9/11/01 terrorist attack victims.

Board chooses firm to do Broadband Study
Greg Cronk, County Information Technology (IT) Director, related the results of the Broadband Internet Assessment Survey. A total of 1,954 surveys were received in April and May 2017, accounting for 12 percent of Alexander households.

More than 90 percent of those surveyed were residential users and over 60 percent have students at home.

Cronk said about 70 percent of respondents were located in Taylorsville, followed by nearly 20 percent in Hiddenite, and 10 percent in Stony Point.

Over 80 percent report currently purchasing some type of internet service, and 50 percent of those customers felt the service was not adequate, mainly due to lack of speed and reliability.

Cronk said the Broadband Committee met on August 21 and recommended Open Broadband, LLC, of Waxhaw, as the firm to complete a broadband assessment for the county.

Mayberry noted the assessment does not obligate the County to provide internet service, but is the next step in possibly attracting other internet service providers to expand broadband in the area.

“For the consumer, you would have more choices, which is what you want,” said Chairman Milton Campbell.

The Board unanimously approved selection of Open Broadband, LLC, to do the assessment at a cost of $24,500. Of the total Broadband Study Project cost, $10,000 is being paid for by an Appalachian Regional Commission grant and the remaining $14,500 comes from the County.

Property rezoning approved
Commissioners approved the rezoning of two parcels of land, about 2 acres in all, at 34 Mt. Wesley Church Road, for owners Barry and Jeanne Stewart. The applicants applied to rezone from Residential RA-20 to Highway-Commercial, so they may operate an auto sales and service shop. The owners have operated the current auto repair business there since 2002 and the building has been on the property since about 1992, said Jon Pilkenton, County Planner.

Constitution Day & Week proclaimed
The Board approved a proclamation of Constitution Day and Citizenship Day to be observed September 17, which marks the 230th Anniversary of the signing of the Constitution of the United States, and set September 17-23 as Constitution Week in Alexander County. They encouraged local residents to reflect on the many benefits of the Federal Constitution and the responsibilities and privileges of American citizenship.

Budget Amendments OK’d
Budget Amendments #7-#11 were approved as presented by County Manager Rick French. Amendment 7 budgets $6,000 for labor and materials to reclaim Freon out of the aging chiller at the Alexander Courthouse, install new filter core dryers, recharge with new Freon, and add refrigerant oil. Amendment 8 increases the DSS budget $43,256 for grant funds carried forward by NC Dept. of Transportation that are available to the County this year. The funds provide transportation for the elderly to travel to nutrition sites, doctor appointments, adult daycare, and other transportation needs. Amendment 9 increases the Senior Center budgeted revenue by $15,728 to match an allocation from the Home and Community Care Block Grant for Senior Center Operations. Amendment 10 increases the Alexander County Broadband Project by $4,500 due to revised cost estimates for the Request for Proposal process. Proposals were accepted through July 24 and were discussed at the Broadband Committee meeting on August 21. Amendment 11 increases the General Fund local match by $4,500 for the same Broadband project. The original County matching funds of $10,000 were transferred to the project fund in fiscal year 2017. The County match amount is being taken from the new Article 44-524 sales tax, which can be used for economic development, public education, and community college needs. The total Broadband Study Project cost is now $24,500 (with a $10,000 Appalachian Regional Commission grant and the remaining $14,500 from the County).

Public Comment
In the public comment portion of the meeting, two local residents spoke. Judy Caywood invited everyone to the 8th Annual Bethlehem Day on Saturday, September 16, from 10 a.m. to 4 p.m. at the intersection of Shiloh Church Road and Rink Dam Road. Alisha Addington invited the community to the Friends of the Library Book Sale, set October 4-7 in the small building next to the CVCC-Alexander campus.

Water, sewer project engineers chosen
Although consideration of Requests for Qualifications for choosing water and sewer project engineers were tabled Monday night, the Commissioners met via conference call on Tuesday at noon. This gave Board members a chance to garner more information on items in the project, and come to a consensus without waiting until to reconvene in October, due to state grant timeline restrictions.

The Board voted unanimously to accept bids to prepare a preliminary report by December 1, 2017. The water project engineering report will be prepared by McGill and Associates of Hickory at a cost of $30,000 (estimated). The sewer engineering report will be prepared jointly by Shabeldeen Engineering, of Hickory, and McKim & Creed, of Charlotte, at an estimated cost of $9,250, according to Commissioner Mayberry.

It will likely be Summer 2019 before construction can begin on either project.

Community Emergency Response Team being formed
French noted, in his written County Manager’s report to Commissioners, that a new Alexander County Community Emergency Response Team (ACCERT) group has been formed. County Emergency Management Director Russell Greene received news of the CERT group from its President, Andrew Ferguson, of Taylorsville. Ferguson said ACCERT’s primary purpose will be education of citizens about disaster preparedness for hazards that may impact their area. ACCERT will train in basic disaster reponse skills such as fire safety, sheltering ,and planning/mitigation cycles.

ACCERT will also support local volunteer fire departments and rescue squads in the course of their missions with operational and logistical resources. Greene indicated ACCERT is not seeking County funding and will instead function as a non-profit organization.

“I personally feel that, during a time of decreasing volunteerism, it is great to hear this type of news from a local group,” Greene commented in his letter to Commissioners.

Next meeting
The next regularly scheduled meeting of the Alexander Board of Commissioners is set for Monday, Oct. 2, at 6 p.m. at the CVCC-Alexander Center for Education, in Room 103.