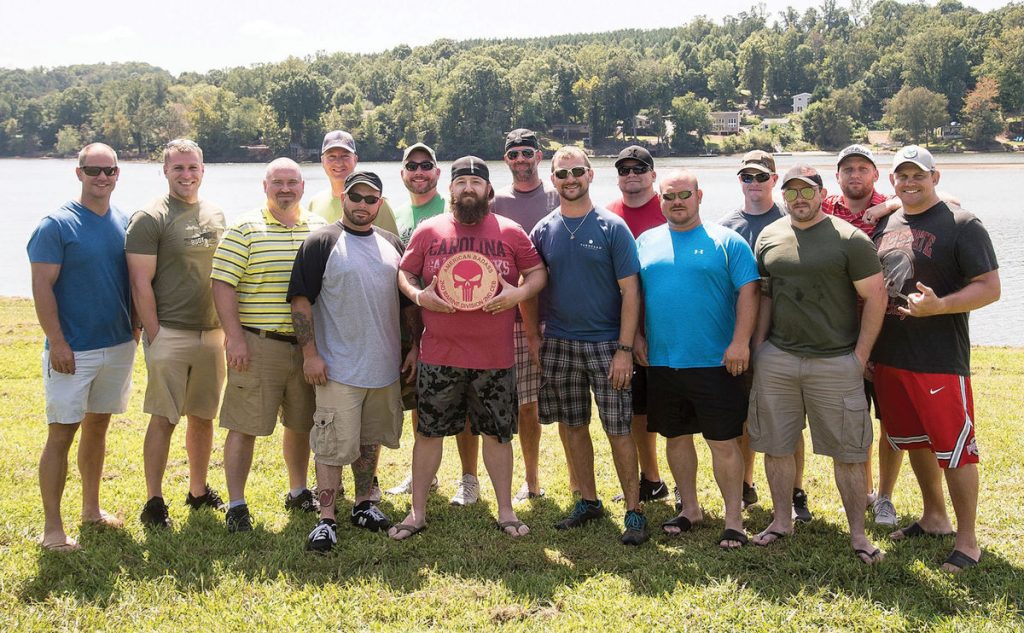 An Alexander County man held a gathering in Stony Point during the weekend of September 8-10, 2017, for his fellow servicemen from Charlie Company, 2nd Combat Engineering Battalion, 2nd Marine Division.

William Queen, of Taylorsville, a U.S. Marine veteran and organizer of the event, said the men had been deployed in two different platoons to Iraq in 2003, 2004, and 2005 — some went all three times, others deployed once or twice during those years. He said it had been a long time since the Marines had seen each other, and wanted to bring them together before any more years slipped by.

“This is the first reunion we’ve had in 14 years, for some of us,” Queen stated.

A private campground, RVs, and camp trailers were donated for use by the men that weekend, and local businesses pitched in with food, airfare assistance, supplies, and even commemorative plaques for the Marines.

Over a dozen Marines attended, from states including Hawaii, Idaho, Alabama, Georgia, Colorado, New York, Tennessee, Michigan, and the Carolinas.

Vanguard Furniture, where Queen is employed, pitched in, with co-workers giving over $700 for food for the event. Hickory Construction donated Boston Butts for grilling. In all, some $2,800 was raised for the Marines to reunite.

Queen reckons that about 80 percent of the group has post traumatic stress disorder (PTSD). He said it just helps to see one another, because they all know what each other has been through. And it’s good to see friends in a peaceful, fun setting instead of the rigors of a combat zone.

Those bonds forged in the Marines have held fast for over a decade.

“Never did I meet people and love them so much, that weren’t family,” said Queen.

For fun, the men were able to go sightseeing, fishing, swimming, play corn hole toss, sit around a campfire, and just catch up and relax. Several of the guys enjoyed bowfishing, with donated equipment, and one even caught a 40-pound grass carp. 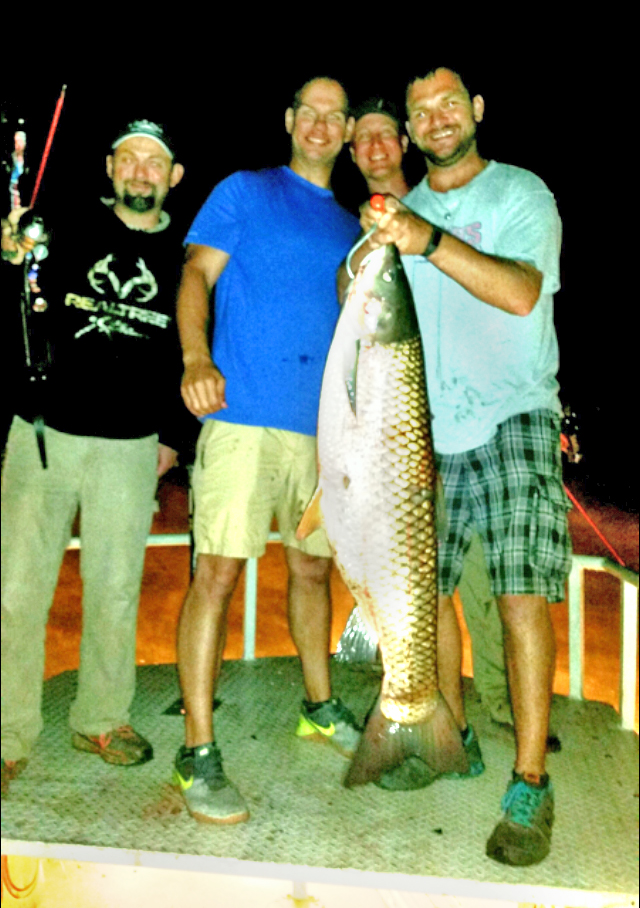 Just relaxing on a boat, some of the Marines were able to try out bow fishing. Pictured above, left to right: William Queen’s brother Eric Waddell and veterans Ricky Glass, Nick Killian, and William Queen pose with a 40-pound Grass Carp. (Photo courtesy of the Queen Family.)

It was such a good thing that the men might plan another one before long.

“I’d love to have another reunion, at some point,” Queen added.

William Queen is the son of Donald and Sandy Queen of Stony Point. William resides in Taylorsville with his wife, Amanda, and three children.