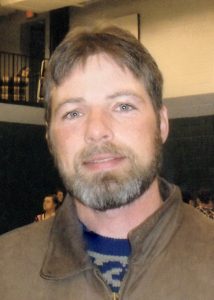 Derrick “Shaine” Peterson, 42, of Conover, went to his heavenly home on Thursday, September 21, 2017 at his residence.

He was born on February 7, 1975, the son of Randy Darrell Peterson and the late Carmen Dority Peterson. Shaine was self-employed in the construction business and was of the Baptist faith.

Along with his father, those left to cherish his memory include his wife of ten years, Carmon Peterson; step-daughters, Laura Vance and Elizabeth Warren; brothers, Darren and Brent Peterson; and a sister, Dia Davidson.

The family will receive friends on Thursday, September 28, 2017, from 1:30 p.m. – 3:00 p.m., at Alexander Funeral Service, and the funeral service will follow in the funeral home chapel, at 3:00 p.m., with Rev. Darren Peterson officiating. Burial will follow at Hiddenite Cemetery.