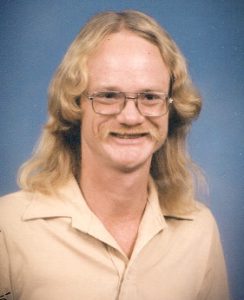 Roger Dean Pritchard, 58, of Taylorsville, passed away Thursday, September 21, 2017 at his residence.

He was born on September 21, 1959, in Iredell County, son of the late Royal Worth Pritchard and Pauline Perry Pritchard.

Roger was a graduate of Alexander Central High School and was married to Sonya Bost Pritchard, who preceded him in death. When she passed, he stated that she took his heart with her. The family is grateful that he is reunited with her. He had worked as a mobile home installer before becoming disabled.

Along with his parents and wife, Sonya, he was preceded in death by an uncle, James Perry.

Left to cherish his memory are his step-daughter, Tina Tedder; his step-son, Eric “Hawkeye” Tedder; uncles and aunts, Jerry and Wanda Prichard, Hazel Sloop, and Annie Sue Davidson; great-uncle and aunt, Parks and Cindy Prichard; numerous cousins; and his animals that he loved dearly.

Memorial services will be held at 11:00 a.m., Saturday, September 30, 2017 at the Nicholson Funeral Home Chapel. Burial will follow in the Iredell Memorial Gardens Cemetery. The family will visit with friends prior to the service, at the funeral home, from 10:00 until 11:00 a.m.

In lieu of flowers, memorials may be made to the Christian Crisis Center, 215 5th Ave. SW, Taylorsville, NC 28681.