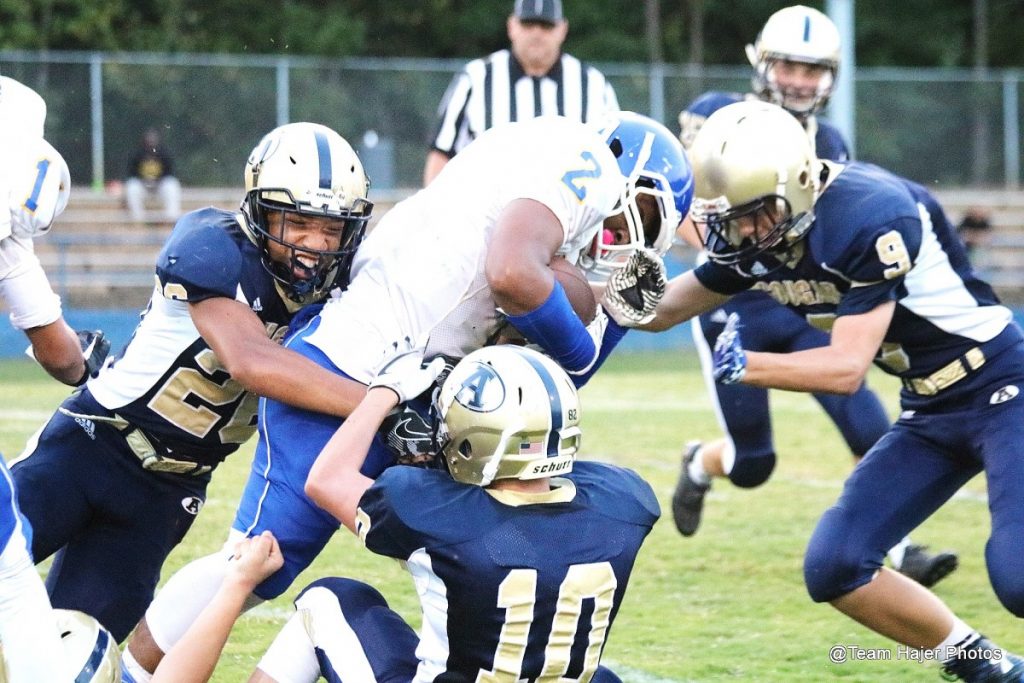 The Alexander Central JV Cougar Football Team scored the game’s first 45 points and rolled to a 52-16 win over the West Caldwell Warriors in the NWC opener for each team on Thursday night, September 21, in Taylorsville.

The Cougars piled up 310 yards of offense on just 29 total plays as they moved to 4-0 on the 2017 season. The win upped the program’s consecutive win streak to 17 games.

The young Cougars head to Boone for a key NWC game versus Watauga High School on Thursday, September 28, at 6:30 pm.