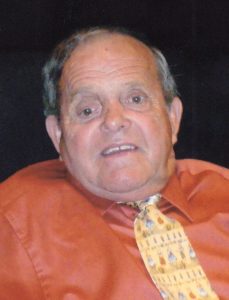 Fred Edward Sipe, 79, of Taylorsville, went to be with his Lord and Savior, Jesus Christ, on Saturday, September 30, 2017 at Carolinas Medical Center.

He was born on February 26, 1938, the son of the late James Franklin and Hester Duncan Sipe. Fred owned and operated Fred’s Lumber Company and was an avid deer hunter and fisherman. He also enjoyed doing word search puzzles while he waited patiently on his “Emma” while she shopped.

Fred was saved in September of 1959, and was a faithful member of Millersville Baptist Church, where he was known as the church’s “candyman.” He loved his family and church family, especially his grandchildren and great-grandchildren. They were the loves of his life. Fred will truly be missed, but will forever be in our hearts.

Along with his parents, he was preceded in death by his brothers, David and Paul Sipe.

The visitation will be held on Thursday, October 5, 2017, from 6:00 p.m. – 8:00 p.m., at Millersville Baptist Church. The funeral service will be held on Friday, October 6, 2017, at 3:30 p.m., at Millersville Baptist Church, with Rev. Bill Orren and Rev. Brian Kerley officiating. The body will lie-in-state 30 minutes prior to service. Burial will follow in the church cemetery.