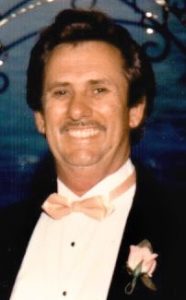 He was born December 7, 1940, in Alexander County, son of the late Charlie Grade Gilreath and the late Daisy Bunton Gilreath. Larry was a 1960 graduate of Hiddenite High School, where he was elected “Best Personality” of the senior class. He had been an active member of Trinity Baptist Church, in Statesville.

Larry loved the Lord, his family, and his precious little great-grandsons, Gavin and Alex, who were a joy in his life. He was a loving husband, father, grandfather and great-grandfather, who enjoyed spending time with his family. He was also a member of the Stony Point Masonic Lodge #593.

He was preceded in death by his parents, brothers, Wayne, Jim, Gene and Frank Gilreath; and little sister, Phyllis Gilreath.

Online condolences may be made at www.bunchjohnsonfuneralhome.com.

Bunch-Johnson Funeral Home is proud to be serving the Gilreath Family.