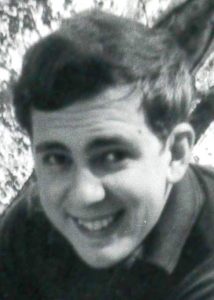 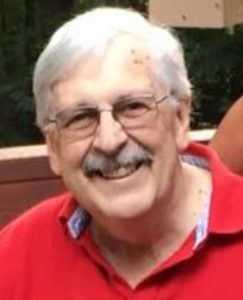 “He who pursues righteousness and love finds life, prosperity and honor.”     Proverbs 21:21

Clyde Eugene (Gene) Hensley entered the larger life Wednesday October 4, 2017, at 10:05 p.m., in the presence of his wife, Vonnie, his son, Devin, his brother, Mark, and his priest and dear friend, Tryggvi Arnason.

Gene was preceded in death by his father, Clyde Grayson Hensley, and his mother, Paralee Hensley, and beloved stepfather, Albert Hensley, all of Marion.

Left to cherish and celebrate Gene’s memory are his son, Devin Grayson Hensley and wife Kimberly, and their children, Jacob Atticus and Eleanor Sage of Gloucester, Virginia; son, Christopher Eugene Hensley of Grass Valley, California and Portland, Oregon; and a cousin/son, Robert Dee Fellingham of Portland, Maine. Other survivors include Gene’s sister, Jackie Hensley Bradburn and husband Wayne of Marion, and their children, Beverly Reep Emory, Beth Cable, David Bradburn, and Denise Jhant and husband Mike, Beverly’s children, Nicholas and Whitney, and Denise’s daughter, Andrea. In addition, Gene’s brother, Robert Mark Hensley of Asheboro and his wife Beth, and their daughter, Gracie, survive him. Precious in-laws include brother-in-law, Bill Rabb Junior of Evans, Georgia, and his wife Joyce, their daughters, Lauren and husband Mark and children, Daniel, Will and Genevieve Murphree of Toccoa, Georgia, and Amanda and husband Gary and daughter, Lainey Schick of Martinez, Georgia. Also left to continue Gene’s legacy are several beloved cousins and many dear friends.

A 1964 graduate of Marion High School, Gene was an outstanding football player and co-captain of the team. He lettered in three sports and filled several other leadership roles. He attended UNC-Chapel Hill and was graduated in 1973 from the School of Pharmacy. He is a veteran of the US Army (1968-1971) and served as a Spanish interpreter in the Panama Canal Zone. Following graduation from Pharmacy School, Gene worked at Service Pharmacy in Marion, a store he had made deliveries for while in high school and was employed by in the summers.

After eight years in Blowing Rock, Gene joined Bethlehem Pharmacy as a partner and co-manager. During his years with that store, he became co-owner and manager of Health Center Pharmacy in Mountain View. He retired after 37 years as a pharmacist, in June of 2011. He maintained his license and was a volunteer relief pharmacist for Greater Hickory Christian Co-operative Ministry for six years.

Gene loved his church, St. Alban’s Episcopal, where he was a member since 1983. He served on the vestry as Senior Warden three times. He was also a lay reader, teacher/coordinator of the Adult Sunday Morning Forum, discernment committee leader, and member of the Tuesday Morning Men’s Bible Study group. He was a long time greeter and along with his co-greeter, Jane Earl, is known as “Greeter for Life.”

Gene was an avid Carolina sports fan. A highlight of his life was attending the 2016 Final Four. In earlier years, he enjoyed snow and water skiing, tennis, raquetball, hiking, camping, and whitewater rafting. He loved driving his boat and entertaining friends at the family home on Lake James.

Among other favorite activities, he enjoyed going on cruises, visiting Nova Scotia, enjoying the West Coast, Mexico, Florida, and Indian Beach, North Carolina. He also enjoyed going to concerts and the theatre, especially trips to New York City and Broadway! He was an aficionado of good books, good television, and good food!

A memorial service will be held at 11:00 a.m., on Saturday, October 14, 2017 at St. Alban’s Episcopal Church. The family will receive friends following the service.

Unending thanks and love to all the amazing folks who have been so faithful during this journey and continue to support Gene’s wife of nearly 51 years. Thanks also to Carolina Oncology Specialists, Frye Hospital, and the wonderful people of Hospice.

Bass-Smith Funeral Home is serving the family and on-line condolences may be sent to www.bass-smithfuneralhome.com.