ACHS rallies from two points down at halftime 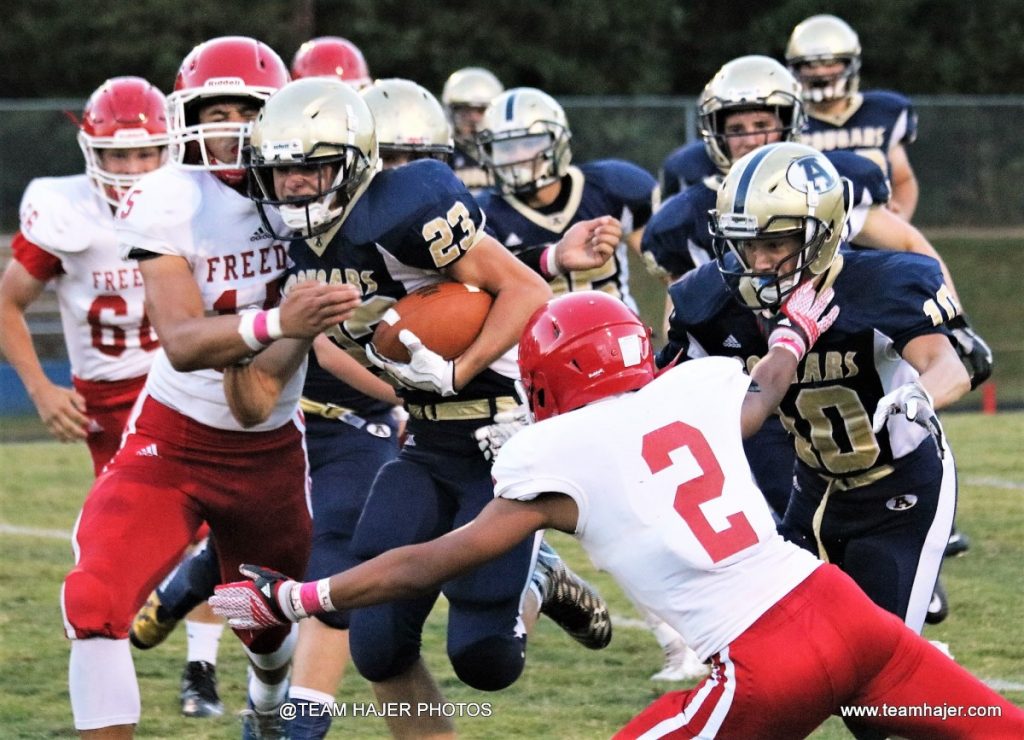 Daniel Morgan clears traffic on his way to a good gain versus Freedom on October 5 in Taylorsville.

The Alexander Central JV Cougar Football Team rallied from a two-point halftime deficit to defeat the Freedom Patriots 28-16 on Thursday, October 5, at Cougar Stadium in Taylorsville.

With the win, the young Cougars improved to 3-0 in NW 3A/4A games and 6-0 overall this season.

Each team scored a touchdown and two-point conversion in the first period. After Freedom opened the scoring, the Cougars tied the game when Easton Rhoney completed a scoring pass to Will Elder for 26 yards.

The Patriots scored one play into the second period to take a 16-8 lead.

For the remainder of the contest, the home team took control. A 10-yard scoring run by Rhoney pulled with Cougars with a pair of points at the half at 16-14. 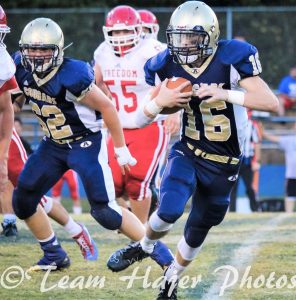 Freshman back Lance Justin runs for positive yardage against the Freedom Patriots.

The Cougars scored all the game’s points in the second half on a pair of TD runs from freshman Dayente Calhoun. A two-yard Calhoun run with seven minutes to play gave the Cougars their first lead of the night at 20-16.

The Cougars will hit the road for a trip to Marion on Thursday, October 12, where they will face McDowell High School in a 6:30 pm contest. 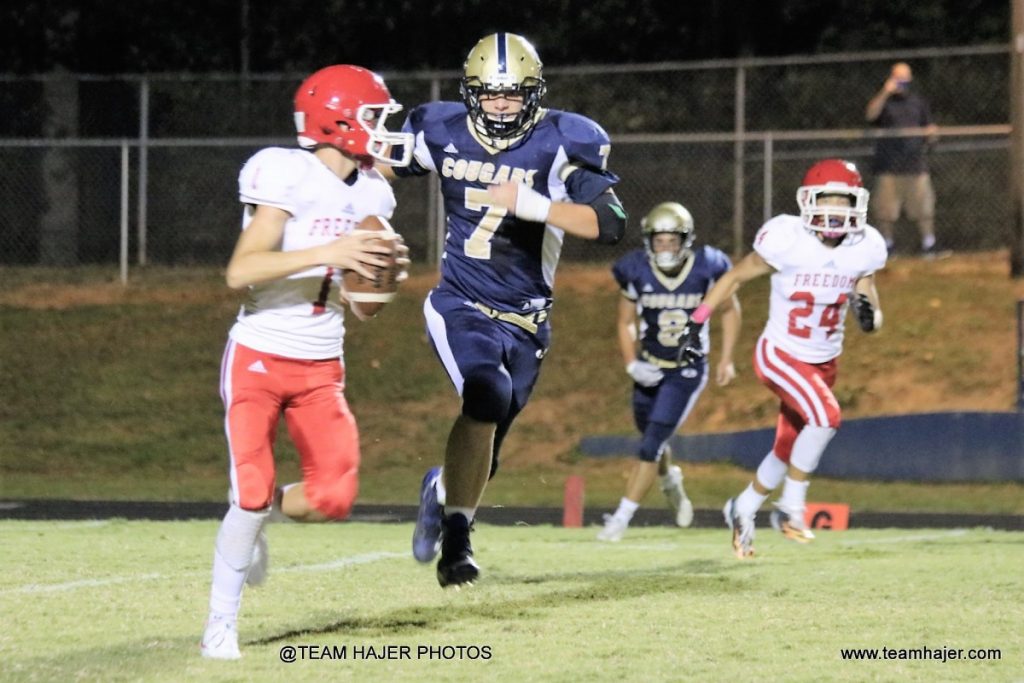